Keith Straw might have chosen to wear a tutu to compete in the Badwater Ultramarathon, but his light-hearted outfit does not detract from the deadly seriousness of the challenge he faces. He is attempting to cover the equivalent of more than five marathons back-to-back in less than 48 hours, starting in Death Valley and finishing on Mt. Whitney, while braving temperatures that can reach 130 degrees Fahrenheit (55 Celsius).

"There was something very moving about watching runners stride toward a goal most of us can’t even fathom, let alone accomplish."

Park Sukhee, 46, had been running and walking for more than 35 hours when he approached the base of Mount Whitney. His friend handed him a South Korean flag and he broke into a jog and a smile. Running ahead of him to take photos, and realising I was his only other spectator, I lowered my camera to applaud his achievement.

Park had just run 135 miles (217 km) from the lowest point in the Western Hemisphere, Death Valley, to the trailhead to Mount Whitney, climbing a total of 13,000 feet (4,000m) over the course, in temperatures that blazed to about 120 degrees Fahrenheit (around 49 degrees Celsius).

The Badwater Ultramarathon bills itself as the world’s toughest foot race. Competitors run, walk and hobble through one or two nights to finish the gruelling course within the 48-hour limit.

When I told people I was covering the race, the typical reaction was: “those people are crazy”. But there was something very moving about watching runners stride toward a goal most of us can’t even fathom, let alone accomplish, smiling proudly as they marched towards the finishing tape.

No cheering spectators in bleachers, no prize money, no television coverage, no security guards. Just a handful of race staff, a few curious hikers, birds chirping in the pine trees, and the glory of receiving a Badwater Ultramarathon belt buckle. And perhaps the euphoria of having run the equivalent of more than five back-to-back marathons through the harsh California desert to reach the beautiful Sierra Nevada mountain range.

“I love it. In a marathon, at mile 20 people start hitting a wall. That’s when my body starts to feel good.” In her first Badwater Ultramarthon in 2001, Farar-Griefer finished and felt good enough to turn around and run back to the starting line.

Since then she had her third child, and was diagnosed with multiple sclerosis. She finished one Badwater after the diagnosis, but this year the disease took its toll in the blazing heat. In the harsh desert plain Shannon collapsed on a blanket by the side of her team van.

Her crew doused her forehead with iced towels, and gave her fluids. She pulled herself up and walked towards Townes Pass, about 5,000 feet (1,500 meters) in elevation.

Competitors say the race brings out a level of camaraderie not seen in other sports. This year’s winner, Carlos Gomes De Sa from Portugal, and third place finisher Oswaldo Lopez from Mexico, ran over the mountain passes and through the night together before former champion Lopez felt himself tiring and told Gomes De Sa to go for it alone.

Lopez approached the finish line with a posse of cheering followers. After crossing the tape, he gave Gomes De Sa a bear hug. Then he cracked open a beer and ate shrimp with chili with his team.

As the moon rose on the second night, I stood in a turnout on the side of the road as runners made their final mountain ascent. The hazard lights of team vans could be seen below blinking like fireflies along 15 miles of roads stretching across the long valley.

For many of these competitors there was still a long night ahead and thousands of feet to climb. Farar-Griefer’s race ended the night before, a mile shy of Townes Pass, when she was forced to return to the medical centre and pull out of the race.

She had lost eight pounds after vomiting throughout the day and sweating. She had reached the second checkpoint at Stovepipe Wells (41.9 miles) in 11 hours, 45 minutes and pressed on for another 15 miles before she could go no further.

Her formidable strength and determination now has to be directed towards fighting the chronic disease that attacks the central nervous system, a challenge greater than the searing winds of Death Valley. Her doctor has told her she needs to start daily injections or could end up in a wheelchair in a year and a half.

“I gave the race everything I had and more,” she said. She had no regrets. 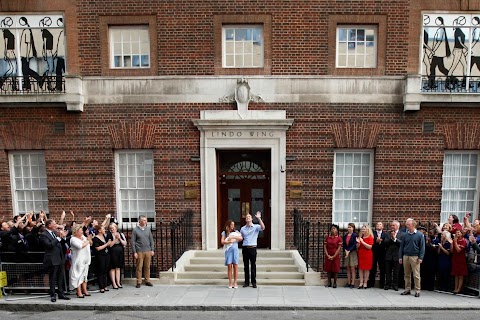