When darkness falls, addicts throng to Brazil’s “cracklands” - neighbourhoods that have sprung up in big cities across the country, where crack users gather to buy and smoke the drug.

Sociologists, health experts, and law enforcement officials all agree that crack abuse is a rapidly growing problem in Brazil, which has become a huge market for narcotics as its economy expands.

Before: By day, life appears as normal in a Sao Paulo street.
After: By night, the same street is filled with addicts buying and smoking crack.

Crack users swarm to a street in Sao Paulo's crackland, and addicts describe their experience.

The gritty transactions of the drug trade take over in city neighbourhoods that hum with legitimate commerce by day. Throngs of stupefied buyers crowd around dealers before skulking away behind the telltale glow of cigarette lighters.

These are not the images that Brazil wants to project.

Along with the progress, though, has come a surge in drug use.

Demand for cocaine has soared along with the economy over the past decade and fueled an abundant supply of crack now ensnaring thousands of new addicts. Legions of the addicted roam city centers across Brazil, many of them venues chosen to showcase Brazil's ascendance during the 2014 World Cup of soccer and the Olympic Games in 2016.

Reuters photographers recently spent 24 hours in eight of those cities chronicling their "cracklands," as the neighbourhoods have come to be known. They went from the decrepit centre of Sao Paulo, South America's biggest city, to the waterfront slums of Rio de Janeiro. From the Amazonian capital of Manaus, to the colonial tourist hub of Salvador.

In each, swarms of crack users have converted entire swaths of central neighbourhoods into nocturnal encampments doubling as open-air crack marketplaces.

The images reflect what sociologists, health experts and law enforcement officials say is a rapidly growing problem that puts Brazil squarely in the center of the international drug trade. Demand for cocaine has grown among Brazilians, and in recent years the country has become a crucial path for transit of the drug as it travels from source countries in the Andes to markets in Europe and beyond.

According to the United Nations 2011 World Drug Report, seizures of cocaine in Brazil have soared, from 8 metric tons of the drug in 2004 to 24 metric tons in 2009. Cocaine seized in Europe, the study said, is increasingly found to have passed through Brazil - totalling 1.5 metric tons of the confiscations in 2009, more than five times as much as in 2005.

The drugs staying in the country have caught Brazil unprepared, police and policymakers say.

Aside from the crime increase that accompanies a bustling drug trade, Brazil's already overburdened health system has insufficient resources to treat and rehabilitate the growing number of addicts.

"There is a lack of management and focus on the problem," said Ana Cecilia Roselli Marques, a psychiatrist and board member of the Brazilian Association for the Study of Alcohol and Other Drugs. "There is no real drug policy at all in Brazil."

The government, in fact, has little idea just how many users there are. A health ministry estimate suggests 600,000 illegal drug users exist in the country of 190 million people, but some non-governmental groups believe the number is at least double that.

President Dilma Rousseff pledged from the moment she won office in late 2009 to tackle the scourge head on.

"We cannot rest," she said in her election-night speech, "while crack reigns within cracklands."

In December 2011, she announced a 4 billion-real plan to help crack addicts, calling for widespread education and prevention programs, and more than 13,000 new beds in hospitals and treatment centres by 2014.

Meanwhile, local leaders have been trying to clean up the cracklands with moves that have been criticized as showy but fruitless.

In January 2012, Sao Paulo mayor Gilberto Kassab ordered police to clear the crack zone - walking distance from City Hall - in a dramatic days-long showdown that led to dozens of arrests, the confiscation of thousands of crack rocks and the razing of buildings alleged to serve as drug dens.

Critics blast such efforts as mere cosmetics, noting the temporary displacement of the addicts to nearby areas during the crackdown and their speedy return as soon it stopped.

During a Sunday night visit by Reuters to Sao Paulo's crackland, the trade proceeded unperturbed. Despite the occasional presence of a token police patrol car, whose occupants limited their activities to shooing away assembled users in the middle of the street, the commerce and smoking lasted throughout the night.

"Crackland isn't finished," said a hotel owner in the area, who asked not to be named, dismissing the recent crackdown.

Nearby, dozens of users clustered around dealers, squatted behind makeshift pipes or roamed around, eyes to the ground, searching for dropped drugs or valuables to barter or help purchase their next fix. Those who had already scored walked with clenched fists so as not to drop their rocks.

The crowd, which swelled to as many as 300 people during the night, was a motley collection of age, gender and status: an addict mother trailed by a toddler; a man in a wheelchair; a pregnant teen. A few times, a luxury car passed through, its passengers there for a quick score.

Because of the rapid, but brief high - and crack's highly addictive nature - addicts sometimes smoke more than a dozen times a day. Though an individual hit is cheap, selling for as little as 2 reais, or about the price of a candy bar, long-time users say they are willing to lose everything in exchange for another high.

"Crack is really good and I don't want to quit," sang one user as he walked by a Reuters reporter. Another offered a cut-rate deal on a cell phone for some quick cash.

By sunrise, with the sound of shop shutters lifting, the crowd began to disperse. Just as predictably, though, the reverse will happen come sunset.

"The hours are fixed," said another crackland business owner, who also asked not to be named. "The dealer will come, stand there in the middle and the users all gather around. It's always the same." 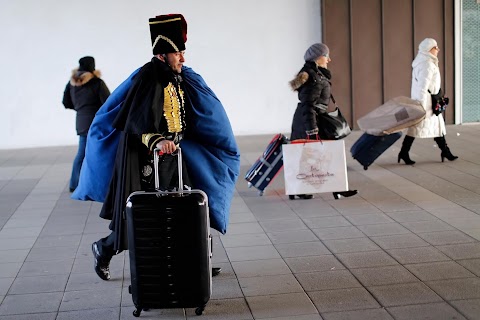 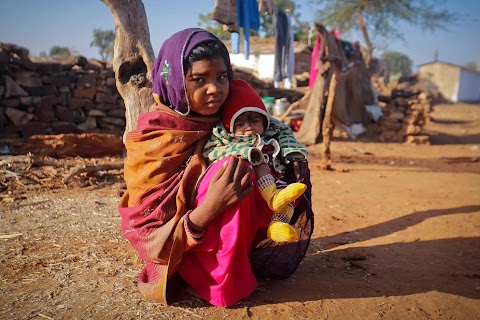 A child born of children