A competitor crawls under barbed wire in ice cold water during the Tough Guy challenge in Perton, central England.

The annual event to raise cash for charity sees thousands compete in a cross-country run and an assault course of 21 obstacles through water, ice and fire.

"They seemed unaware that over a third of them wouldn’t finish."

With heavy snow and threats of flooding, conditions were never going to be pleasant for the Tough Guy Challenge on the so called killing fields of Perton, central England. Five thousand competitors push themselves each year in this charity obstacle race held on a 600-acre farm since 1987.

The mud was deep and the car park, as I would later learn, was treacherous. I waded through the mud with my cameras taped up inside carrier bags and was out of breath before the races even started though I was only taking the photographs.

Having already covered the event three times, I knew that the competitors tend to start the day on a high; singing and dancing like they’re off for a stroll in the park. Even after the canon sounded and they hurtled down the hill to start the 15 km race packed with over 20 obstacles, they seemed unaware that over a third of them wouldn’t finish.

Within 100 yards of the start I found the first casualties. Three people had lost their shoes in the mud and couldn’t find them, bringing their race to an abrupt end. The first main obstacle was a U-shaped canal full of thick ice which the competitors had to wade through, many of them screaming in the freezing water. To photograph it I had to edge along a slippery beam over the icy abyss and even then I couldn’t really do the task justice.

Further down the course people had really begun to struggle. As if the deep, cold mud wasn’t enough, one of the later parts involved diving into a series of icy pools before jumping over burning straw. By this stage I was covered in mud from head to toe and it’s a miracle the camera was still working. I was constantly wiping the lenses but mud and water was flying in all directions.

The obstacle I think most people feared was a series of poles under which they had to duck into the icy muddy water. As if that wasn’t enough when they popped up I was there with my wide angle lens and a blast of flash just for good measure.

For those still standing, the last big obstacle was a ditch crawl under barbed wire.The expression of complete despair and pain on the faces of the competitors as they crawled was amazing. They may be mad but I couldn’t help admiring their achievement. I was exhausted as well having shot hundreds of frames that I then needed to edit and get on the wire.

The car park was chaos, with cars and vans sliding all over the place. I decided to make a dash for it before the whole field was gridlocked. I peeled off my muddy waterproofs and started the car. All seemed well at first, but five yards later I was sinking, heading for Australia fast. Despite valiant efforts of the spectators I was well and truly stuck. Thirty minutes and a lot off pushing later, a kind gentleman in a tractor came and towed me out. I really looked like I’d competed and my car would never be fully clean again.

Maybe I need to train for next year, I thought as I drove home. 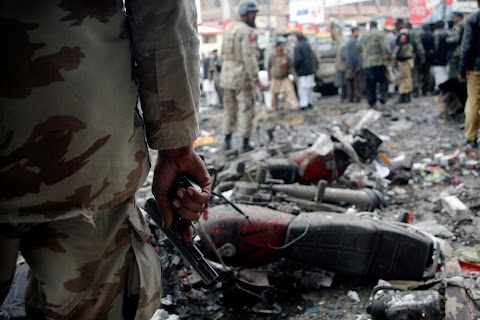 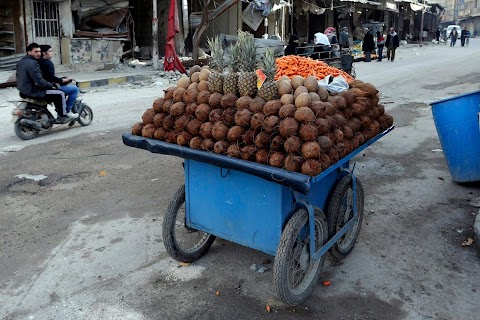 Life goes on in war-torn Damascus