Krishna had been married for three years before she gave birth to baby Alok. A fairly normal amount of time for many married couples, except Krishna was only 11 years old when she married her husband Gopal. Gopal himself was only 13. The same age that Krishna was when she fell pregnant.

The legal age for marriage in India is 18, but marriages like these are common, especially in poor, rural areas.

When I asked the 14-year-old mother if she's happy she had a baby boy, Krishna nodded her head and said, 'I wanted a girl but it's ok now.'

I first took pictures of this child couple in a small village in the desert state of Rajasthan in 2010. Back then I had no idea that I would come back to this village again. But life had something else in store and I have been visiting them every year since, documenting the changes in and around their relationship.

When I went to their house last week I was greeted by the loud wailing of a baby. It was their four-month-old son Alok, which means enlightenment in Hindi. Last year when I visited them, I had learnt that Krishna, the child bride, was seven months pregnant. I wasn’t surprised at all but out of curiosity I asked Gopal, her husband, why he was in such a hurry to expand the family. He shrugged his shoulders and said, “Nothing else to do, no work, life is so boring.” I was a bit taken aback.

There are those like me who live in big cities and plan meticulously before taking the plunge into parenthood. And here this teenager was telling me that he wanted to have a child and risk his young wife’s life because of boredom. That again is a different India.

When I visited, I was happy that the parents, their family, and even the neighbours were enjoying the presence of the little boy. Gopal told me that his wife was nearly on her deathbed after the delivery last year and her being alive now is nothing less than a miracle.

When I asked the 14-year-old mother if she's happy she had a baby boy, Krishna nodded her head and said, “I wanted a girl but it's ok now.” I was surprised by her response, as most people in both Indian cities and villages prefer boys over girls. They see boys as assets, as opposed to girls who they consider liabilities or dependents.

During my visit, I also noticed that 16-year-old Gopal has turned strange in the last couple of years. He has started consuming alcohol a lot. He hasn’t got any work as even the soybean fields which his family owns are not that fertile now. The water level in their fields has gone down, resulting in irrigation problems. This time when I was in the village, Krishna broke down after her husband came home drunk and was trying to carry the baby. She was scared Gopal might drop his son.

I stayed with the couple for a day and then took them out of the village to shoot some portraits. It was the first time in four months that Krishna was stepping out.

I took the opportunity to ask Gopal about his future plans. He told me that for his family’s survival he needs to move out of the village and try find some work in the city. When I asked him if he plans to have another baby he told me his first experience was scary enough for his wife and him.

As I left the small village, the only thing which bothered me was the future of four-month-old Alok. Would he go down the same route his parents took or would he bend societal norms to carve a separate path for himself and his future partner? 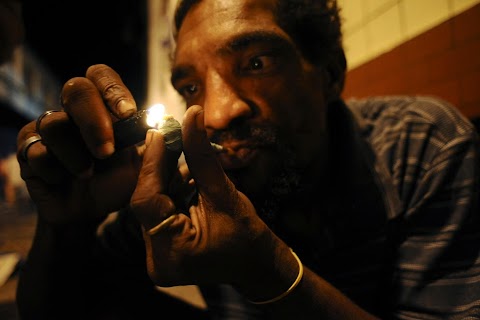 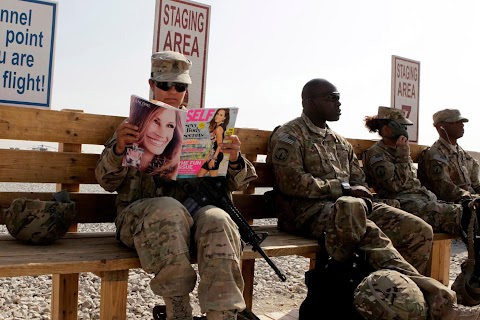