The northeast of Brazil has been hit by its worst drought in decades: crops have been damaged, power-supplies from hydroelectric dams have been threatened, and animals have been left to starve to death in parched pastures.

As the landscape dries up, the livelihoods of thousands of subsistence farmers have withered too.

"A meek, skinny cow stares intently at everyone passing by, as if some stranger might bring it water or food."

As white dust follows your car along dirt roads that cut through a maze of dry arteries while the burning sun dries out your skin, you realise that the wilderness is all around you.

A meek, skinny cow stares intently at everyone passing by, as if some stranger might bring it water or food. Starving goats roam here and there, chewing on dry twigs and looking for something to drink.

After losing my way and walking for an hour or two between dry twigs and spiny cactus, I run into Hildefonso standing in front of his house. Time has also got lost in this wilderness and the farmer spends his days waiting for the rain to come. He has already waited two years in vain.

The municipality of Uauá, where he lives, is among those most affected by the drought in the state of Bahia, according to the Civil Defence. Water for survival is brought in from neighbouring Canudos, but that municipality is also in a state of emergency, with the Cocorobó Dam now down to just 20% of its storage capacity.

Even a backcountry farmer accustomed to the sun’s heat no longer knows what to do when faced with the worst drought that Brazil’s northeast has seen in 50 years.

"There are many people who left, and I also thought about leaving this place that even the rain abandoned," says Hildefonso, "but I cannot. My father taught me that a man must live where he was born."

In Poco Redondo, deep in the neighbouring state of Sergipe, Expedito refuses to put down his sickle. He is welcoming, but also suspicious of strangers. The only person he will ask for help is God, and he keeps planting seed even without rain.

Here, he says, not an ear of corn nor the shoot of a beanstalk has sprouted for over four years. "I plant, because I know that God will send water one day," Expedito says. He swiftly takes off his leather hat and puts it back on his head, a quick gesture of reverence as he says the name ‘God’.

Historically, governments have failed to adopt structured policies to solve the problems brought to the region by drought. A project to use waters from the São Francisco River to irrigate the region, announced by the federal government to help the arid northeast, was supposed to be completed in 2012, according to a promise made by former President Lula.

But the gargantuan $4 billion project is delayed and has ground to a near standstill. Meanwhile, an emergency aid project called "Drought Grant" was announced by President Dilma Rousseff in April of last year, with funding of nearly $1.3 billion.

But Expedito still hasn’t benefited from this and survives with his wife on $35 a month. Hildefonso has also not received any of the promised aid. Nor did Severino, Luis, Valmir, Maria, Claudio, or Helena. None of them understand why the help hasn’t come, and nobody can explain it to them.

Expedito told me that he is sure that Dilma doesn’t know what is happening to him: “Who knows, now she will see these photos and do something,” he says.

In the distance, we could hear the sound of a falcon-like caracas bird flying over the cracked earth. 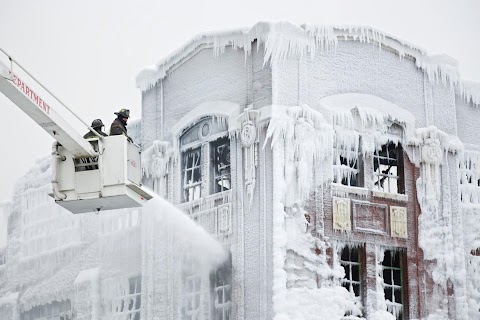 Defence and defiance from Indian women