For years, 11-year-old Xie Guobiao’s family has kept him tied up at the end of a rope.

The boy was diagnosed with a mental disability when he was very young, and around the age of six he started sneaking out of the house and smashing neighbours’ property. His relatives, who are poor tea farmers, have had to pay out almost a year's income for the damage he caused. Now they see no option but to restrain him.

"Juntu sometimes has to tie the boy to his waist while he goes to work... He said that their biggest nightmare is Guobiao cutting himself loose."

Every morning, as soon as Xie Juntu wakes up, he ties his grandson to a pillar. His aim, however, is not to torture the boy but to keep him safe and save the family from bankruptcy.

When I met him in the remote Chinese village of Daohui, Juntu’s grandson Guobiao looked like any other normal 11-year-old. The only difference was the rope that prevented him moving more than a few steps away from the place where he had been tied.

Juntu explained the situation. He said that when his daughter-in-law gave birth to Guobiao, a landslide blocked vehicles from leaving the village. It was a difficult labour. Four neighbours managed to carry the mother on foot to the nearest town with a maternity hospital, but it was too late to save the baby from suffering brain damage from lack of oxygen during the long birth.

Guobiao grew up with a mental disability and his “mischievous” behaviour meant his family spent a lot of time looking for him when he got lost playing in every possible corner of the village.

It also cost them a tremendous amount of money. They had to pay compensation for the damage Guobiao caused when he smashed neighbours’ windows and tore down tiles from their roofs with his bare hands.

By the time the boy had turned 11, they had paid out roughly 10,000 yuan ($1,601) to make up for things that he had broken - almost equal to a whole year’s income for the family. They thought there was no alternative but to limit his movements.

With Guobiao tied up, the family of six has been living frugally as tea growers, the profession that sustains everyone in this village of 200 people. Guobiao’s grandparents grow tea and take care of him, while Guobiao’s parents busy themselves with his younger sister and also with growing tea.

Once the family managed to collect a deposit of about a thousand yuan ($150) in their account, and they took Guobiao to the doctors. But the county medics never really accepted the boy at the hospital, Juntu said. Instead they said it would be better to send Guobiao to Beijing or Shanghai to seek more advanced treatment.

The family, hardly able to make ends meet, just could not afford such a long journey anywhere.

Juntu sometimes has to tie the boy to his waist while he goes to work in the tea field. He said that their biggest nightmare is Guobiao cutting himself loose. “And it keeps getting worse; we are ageing while he is growing up and gaining strength,” he said.

In a year or two, the child will be too strong to be held back with a rope. The village government has provided unemployment benefits to help support Guobiao, said his grandfather. However, he didn’t see how that would solve their problem. 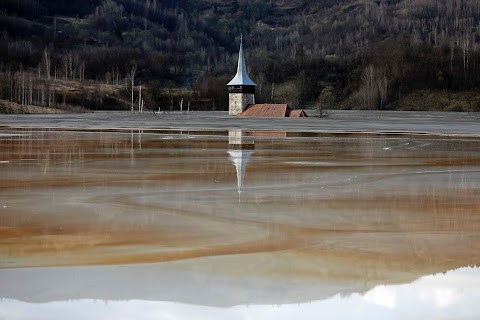 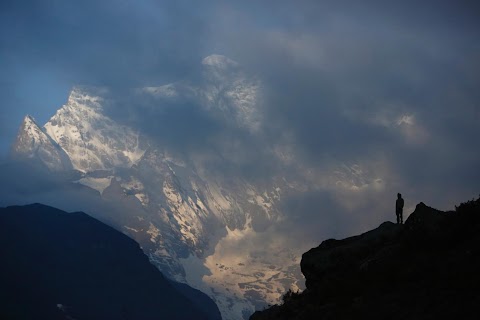 Everest - after the avalanche