Swathes of Serbia, Bosnia and Croatia have been ravaged by flooding and landslides since the heaviest rainfall in more than a century caused rivers to burst their banks, sweeping away roads, bridges and homes.

The regional death toll has reached 50 and may rise further, with many people still missing.

"I have felt a struggle within myself between the man who is watching his friends and family suffer, and the journalist, who is trying to document it."

For many days since the floods in the Balkans began, I have woken up with tears in my eyes. I have been looking at my friends in disbelief, watching as their lives slowly crumble.

From the beginning of this crisis, I have felt a struggle within myself between the man who is watching his friends and family suffer, and the journalist, who is trying to document it all for the rest of the world.

Part of my family has been cut off by the floods. Some have become homeless, some have been left with almost nothing; just a plastic bag carrying a few sets of clothes, a piece of bread and a bottle of water.

Teachers, farmers, chefs… They have all become refugees. Their priorities in life are no longer taking a trip to the seaside, buying a car, or a new house. Just like in the old days of conflict in the Balkans, they are now struggling for mere survival.

Often I stand aside, put down my camera and think. In the days before the flood we saw disasters happening on TV in far away countries, thinking complacently that it would not happen to us. Now, we are at the centre of a catastrophe that makes up 30 seconds on someone else’s news broadcast.

Of course this is not the first time Bosnia has been hit by crisis; lots of people are now losing their homes for the second time in 20 years. Two decades ago it was because of the war, now it is because of floods and landslides.

Telecommunications and electricity have been cut off for many, as have roads to a large number of villages. It feels like the whole population is either part of the rescue effort, or else a refugee.

My brother Alen, a professor, has spent the last few days away from his school desk. Together with friends from an amateur radio club, he has been going to the hardest hit villages, helping people, delivering food and establishing communications.

He is one of many who have pulled together to help; thousands of people have been donating food, thousands have been contributing to the rescue. One moment, you feel lucky, the next you see all those people who have lost almost everything.

Now, it's even hard to recognise some of the people who I know. Their eyes look different, without any brilliance or depth. Their gaze is unrecognisable.

It's hard to look through the viewfinder of a camera and watch a familiar house collapse. The house where you used to sit – that house no longer exists. All you see is the foundation, and objects scattered around in the mud. That’s a hard picture to take.

A deadly clash in C.A.R. 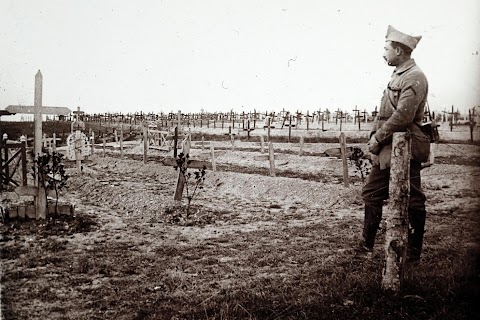 Unseen images from the Front