A sleepy town in New Mexico has found itself at the forefront of commercial space travel.

Thirty miles outside the quirkily-named town of Truth or Consequences the world's first space base for commercial launches has been built. And soon, courtesy of Sir Richard Branson's Virgin Galactic, the first space flights will take off.

Having just trundled past cattle and tumbleweed through the high desert red plains of southern New Mexico, Elizabeth Mixon stepped off a tour bus to face the future.

She breathed in the dry air at the edge of Spaceport America and imagined the adventure of the first tourists destined to launch from the nearly quarter-billion-dollar facility.

“If you got up there, it would just be you and God,” she exclaimed with a smile on her face. “Wouldn’t that be cool?”

Mixon won’t be along for the $250,000 ride. At 83 and legally blind, she is only here for the tour, one of the many dreamers exploring this dusty outpost where Richard Branson’s Virgin Galactic plans to launch one of the world’s first suborbital commercial spaceships as early as this year.

Spaceport America spokesman David Wilson envisions a launching off point for global travel, to build tourist resorts in space, colonise Mars and mine resources on other planets. He expects around 200,000 visitors to the spaceport each year, which was bankrolled by the state.

The rumble of rocketry promises to wake the nearby sleepy town of Truth or Consequences and its roughly 6,400 residents, and put it on the map for the first time since its last brush with fame a half-century ago.

Among quirky art galleries and old motels that pipe in hot spring waters from an aquifer that drew tourists generations ago, entrepreneurs are looking for a lift from the new notoriety.

Newlyweds Val and Cydney Wilkes turned a burned-out motel into the Rocket Inn, which they hope will take off.

“I felt like I was joining in with the enthusiasm of building a great space future,” said Val Wilkes, 54. Engineers from Space-X, a Virgin rival that also has a lease at the Spaceport, have been among their guests.

The venture is drawing a wide range of outsiders.

Guests spilling out of a downtown party hosted by Cary "Jagger" Gustin included a Belgian documentary film crew and a man who had arrived by jumping freight trains.

Jeff Dukatt, 59, was hanging tie-dyed Spaceport T-shirts to dry outside his store when three Maseratis motored by, heading towards Spaceport.

The small downtown is a mix of trailer homes and cottages clustered among the motels and small businesses. Streets and dirt alleys are empty for much of the day, save for lizards basking in the blazing sun.

A new Holiday Inn and Walmart on the outskirts of the town 140 miles south of Albuquerque hint at the changing character of the town in a time warp.

Famous for its gushing mineral baths, in which Apache Indian Geronimo is said to have soaked, the town of Hot Springs sold out its heritage in the 1950s by renaming itself after a popular radio quiz show in exchange for free publicity.

For fifty years afterwards, show host Ralph Edwards visited at the beginning of May to host the annual T or C Fiesta.

The well-grounded weekend celebration today feels a century removed from the town’s current trajectory. The sheriff’s posse rode horses in this year’s parade amongst homemade floats and the Hatch Chile Queen.

Kids nudged each other excitedly as they spotted a huge white Spaceport America fire truck cruising in the procession.

"How come you have a truck like that?” shouted another spectator. “You haven’t sent anyone up yet!"

The Spaceport fire truck driver slowed down and leaned out of the window. “Coming quick, coming real quick,” he responded.

At the rodeo grounds, children kept dusting themselves off after being flung from cattle, as they kept alive a tradition derived from the bull-riding and steer-wrestling of 16th-century conquistadors.

A country song with the words, “I’ve got time to kill down in Brokenheartsville” blared from a speaker as 11-year-old Caleb Griego was lifted onto a steer.

The animal bolted as the pen gate was opened. It leapt and shook in an attempt to toss Griego skyward. Six seconds later, the crowd roared as the buzzer sounded and Griego was still hanging on.

The boy approached the emcee to say he wanted to donate his prize-winning belt buckle to another competitor with cerebral palsy.

The gesture passed with little fanfare, as the next competitors lined up for a moment of glory before being launched into the air and crashing to Earth. 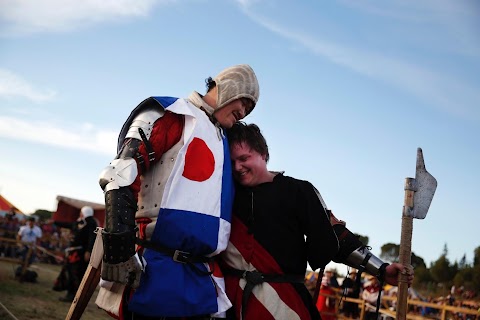 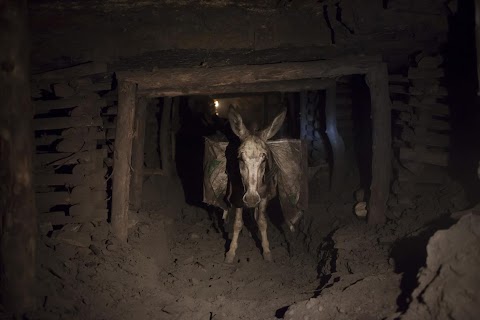