Graves dug for soldiers killed at the Front during World War One stretch into the distance in this 1916 photograph, offering a tiny snapshot of the destruction caused by the conflict that began a century ago this year.

The image forms part of a collection of hundreds of previously unpublished glass plates taken during the war, which were left behind by a viscount in the Armoured Cavalry Branch of the French Army.

"I jumped at the opportunity to look through these treasure chests in the hope of finding undiscovered historical documents."

It seems like most French families have relatives who fought in World War One and lots of them also have photographs or other relics from the 1914-1918 conflict.

Now that we are in the year that marks the 100th anniversary of the start of the fighting, we Reuters journalists are on the lookout for this archive material so that we can provide our clients with greater insight into the war.

But before we even started searching properly, a colleague of mine remembered suitcases stored at her family’s home containing boxes of stereoscopic glass plates from World War One. Bingo! What luck!

The collection was amassed by a viscount in the Armoured Cavalry Branch of the French Army, who left behind several boxes containing more than 600 plates, taken by an unknown photographer. These images, previously unseen by the general public, document life around the front during World War One.

As someone who loves old photography and who has already been working on other projects to do with the First World War, I jumped at the opportunity to look through these treasure chests in the hope of finding undiscovered historical documents.

I was not disappointed. Every day, ornate wooden boxes containing stereoscopic positive glass plates arrived at the bureau to be digitised.

Unfortunately, I have very little information about the viscount. Apparently he was part of the staff of General Joseph Joffre of France, and he was based in Chantilly until he was wounded in 1918, months before the Armistice. It was said that he was later awarded the Legion d’Honneur.

If you look through the whole collection, these glass plates show a sanitised version of the war, seen through the eyes of an anonymous photographer recording the visits of General Joffre.

We see soldiers posing in the trenches, bakeries, butchers’, laundries, showers, distilleries, resting camps, and army theatres. There are relatively few images of destruction – of prisoners, cemeteries and battlefield landscapes that remind us of the real war.

It is difficult to know whether the glass plates are unique or if they are one of many sets of copies made from the original plates. After the war, it was possible to buy boxes of stereoscopic photographs and the photographer who made these images remains anonymous.

Fortunately most of the plates have indications of the location and date when they were taken, which have helped us identify people and sites when captioning the photos. I checked the information written on the plates with documents available from public sources to verify their accuracy.

In my opinion, even if the photographs are not the best of the actual conflict, many of them document the vision that the Generals and politicians wanted to present of the war – they show resting soldiers who were well-fed, well-housed and well-treated.

As I look at these plates, I think of my own ancestors who fought at Verdun and wonder how many soldiers in these photographs survived the battle. I wonder if some of these soldiers were killed days after being photographed?

Now, I find myself looking at every journalist at Reuters and imagining attics and basements filled with other treasures just waiting to be uncovered and bear witness to this war. I am looking forward to digitising them all and immortalising the memories that they hold. 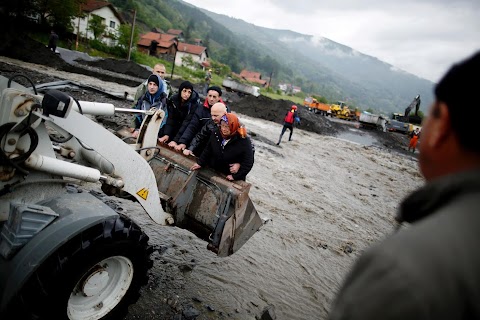 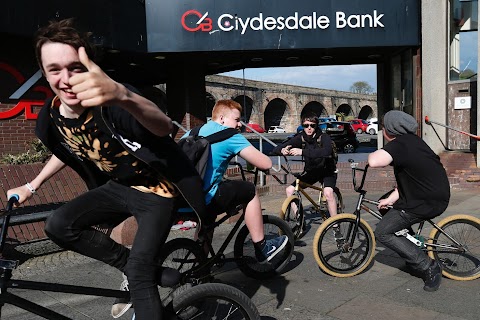 Scotland - A tale of two cities