Ompong Vargas, a 39-year-old Filipino fisherman clad in a fabric face mask, holds a fish in his mouth as he uses his hands to search for his net. Although he may look a little bizarre, he is wearing the mask in the name of beauty; he and other fishermen use these head coverings to prevent their faces from getting darker, in a region where paleness is the fashion. They are among a number of Filipino men who go to great lengths to care for their appearance, from shielding their faces from the sun to visiting beauty clinics.

Instead of the usual drinks on a boy’s night out, these men were having facials.

Filipino men have long been thought of as “macho,” and when it comes to looking good they have often preferred to go to barbershops, rather than unisex salons, in order to highlight their masculinity.

But in the age of the Internet and Facebook, macho has given way to “metrosexual,” with beauty clinics catering to men sprouting up in urban areas all over the Philippines.

Most of these clinics spend millions of pesos getting male celebrities and politicians to endorse their services and demonstrate that being vain doesn’t diminish one’s masculinity.

I sent out email requests to almost all the major players in the beauty industry, but it took about three months to get approval to shoot pictures, and even then it only came from a handful of clinics.

My first stop was Flawless, one of the country’s pioneers in the aesthetic beauty industry, offering services to both men and women. I am not a stranger to beauty centres, but I thought the bright pink tiles and couches in the reception area, and the same loud colour on the attendants’ uniforms could come as a shock to many men.

I spent days on the pink couch waiting for male clients who might agree to a few photographs and an interview. A handful of those I met were first-time clients, but most were regular customers.

One Tuesday afternoon, a gentleman entered the clinic dressed in the Filipino formal shirt known as a “barong”, black pants and black leather shoes. He headed straight to the reception for a scheduled treatment and kept glancing at his watch as he waited for an attendant, asking several times whether it was his turn.

I introduced myself and asked if he would be willing to be have his picture taken. He politely said no to photos, but willingly answered all my questions, telling me that he usually goes to the clinic for facials between meetings or during his lunch hour.

The next day, I met a man in another Flawless branch who had colour highlights in his spiked hair and looked astonishingly young for his 58 years.

He said that he had been a regular client for 10 years and on that particular visit he was getting the latest cell booster infusion mask, a procedure to combat and protect the skin against the effects of destructive “free radicals”, nourish skin cells and encourage tissue regeneration.

Later, a young man walked in with his mother followed by another man who didn’t bother to take off his headphones. They both went for a treatment called “advanced real gentleman facial,” saying they regularly did so in order to boost their self confidence and look good for their partners.

A few hours before the clinic closed, I saw Jan Saguinsin, a 32-year-old with tattoos on his arms, lying down comfortably on a pink bed. His hair was pushed back using a pink embroidered headband and his hands were covered in a pink Moist Heat Pack, while an attendant gave him a power skin-peel treatment. I smiled to myself seeing his tattoos pressed up against the pink bed sheet.

Another time, late on a Wednesday night, I got a call from another facial centre named Paradise Bliss. The person on the other end of the line said a group of male friends had just entered the clinic. I rushed there myself and found three of them already comfortable on beds lined up next to each other.

Instead of the usual drinks on a boy’s night out, these men were having facials. One of them was obviously familiar with the treatment, smiling even as he clenched his fists and let out painful moans while an attendant pricked his blackheads.

It’s not just men in Manila who think a lot about their appearance; many of those from rural areas feel the same way, even if they do not have the money to get treatments or buy expensive skin-whitening products that are popular in many parts of Asia.

“We already have dark skin, we’ll be ugly if we get even darker,” said Romeo Apelado, a 59-year-old fisherman at Laguna de Bay in Taguig City. He was wearing a worn-out face mask made of pieces of fabric sewn together and a long-sleeved shirt to protect his skin from the sun as he went out onto the lake, where he fishes for six to eight hours every day.

Whether it is just a normal facial or an expensive power peel, pricey whitening skin-care products or a cheap, improvised facial mask, it seems to me that looking flawless is top priority for the new Filipino “macho” man. 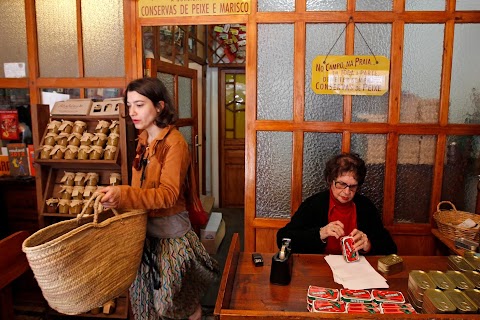 A love affair with canned fish 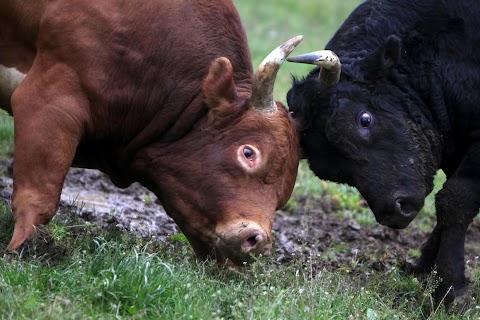