Henryk, a 58-year-old resident of the Camillian Mission homeless shelter in Warsaw, tucks into a meal. Like everyone else there, he benefits from donations from Food Bank SOS, an organisation that distributes food which often would otherwise have gone to waste.

Residents at the shelter are aware that sometimes they are served food that was once destined for the trash heap, but they say that their meals still look fresh and tasty.

"Shooting this story gave me a picture of how people perceive the freshness of food."

When I started working on a story about food waste, I was shocked by the estimates provided by the U.N. Food and Agriculture Organization that 1.3 billion tonnes of food - equivalent to the amount produced by the whole of sub-Saharan Africa - is wasted every year.

That is why I started thinking of ways to prevent such waste and it’s what led me to a food bank organisation and to a volunteer who works for them in Bronisze agricultural market, not far from Warsaw.

Wanda is a 71-year-old volunteer who collects food, mostly vegetables, for Food Bank SOS, which then distributes it to charity organisations. I've met her twice at Bronisze market, where she was walking around and pushing her cart between farmers, asking them if they had any goods for charity. She has a strong character and understands how to deal with the vendors, who have known her for nine years.

In many cases, the food the farmers give to Wanda would not go on sale and would end up going to waste. Sometimes, however, they can be quite hesitant to give her their produce and they tell her to come a couple of days later when the vegetables are not fresh enough to sell to their customers.

One of the charities that receives food from Food Bank SOS is Camilian Mission homeless shelter, a place of around 120 residents where I had the chance to take more pictures to illustrate my story.

I was at the shelter when food was prepared and served there. It is always hard to take photos of people who have lost their homes. As I expected, not all of them wanted to have their faces shown in my pictures, but we started to talk and I explained the story I was working on. They knew that often the food they are served was intended for the garbage. Nevertheless, they said that the meals still looked fresh and tasty.

Both a representative from Food Bank SOS and the director of a homeless shelter told me that they would get more food if supermarkets, restaurants and catering companies did not have to pay taxes on donations. For this economic reason, these kinds of companies decide to dump food rather than giving it away.

Food Bank representatives and the director of the shelter say that, according to Polish law, only the actual producers of the food can donate it without paying tax.

Shooting this story gave me a picture of how people perceive the freshness of food. In Communist Poland, shelves used to be practically empty but nowadays, in a free market economy, supermarkets are full of all sorts of goods and people tend to buy more and more. In my opinion, they often buy more than they need, which is one of the reasons for food going to waste.

On the other hand, Poland is not a particularly rich country and buying food accounts for a large proportion of people’s household budgets here – more than in other EU countries. So in my experience people are careful about wasting food.

For the food that is destined to be thrown away, however, it is great that we have people like Wanda who ensure that some of it is saved and can be consumed by those who need it. 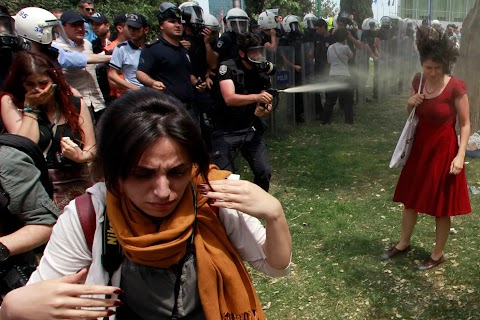 The woman in red 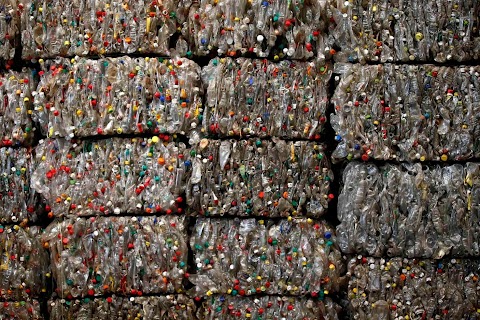 Rising from the trash heap