Blocks of compressed plastic bottles stand stacked up at INCOM Resources Recovery - the largest recycling factory for PET plastic in the whole of Asia, processing some 50,000 tonnes of used PET bottles every year.

According to government figures, reported in local media, about 4.67 million tons of recyclable waste was collected in Beijing in 2010. In the same year, 6.35 million tons of trash ended up in landfills in the city.

"Sitting next to the mountain of plastic, the low-paid labourers are so busy that they barely have time to breathe."

When I heard that the rate of recycling for PET plastic bottles in China is almost 90 percent, I was surprised. Since I moved to Beijing, I have witnessed that people in this country don’t really have a concept of separating trash for recycling. So, how do they accomplish it?

The first place I visited to track down the story was Asia’s largest recycling factory for PET plastic, INCOM Resources Recovery in Beijing, which processes 50,000 tonnes of used PET bottles every year.

In this factory, old bottles are transformed into clean PET plastic material for making new ones. What struck me the most was neither the automated machinery nor the huge piles of compressed plastic bottles stacked almost to the height of a two-storey building. The more remarkable fact was that this high-end facility relies on thousands of garbage collectors rummaging through trashcans for more than one third of its supplies

The important role of this cheap labour in China’s recycling industry was apparent when I visited one of the estimated 20,000 small recycling depots on the outskirts of the capital.

Different types of plastic garbage, turned in by refuse collectors, is sold to the recycling centres where it is converted into money after backbreaking work. Sitting next to the mountain of plastic, the low-paid labourers are so busy that they barely have time to breathe while removing labels from bottles and separating them according to type of material.

Most of those in the recycling depots are migrant workers from rural areas who have come to the city to look for industrial jobs and better wages, but their weary life seems little different to their previous existence in their hometowns.

Wu, a migrant worker who came from Sichuan Province in 2007 and has been working in a small recycling depot on the outskirts of Beijing, said he and his partner have to labour more than 12 hours a day, separating plastic and filling up a one-tonne sack. His monthly income is not stable and not more than a few hundred dollars.

But even this cheap labour is not enough to solve China’s growing garbage problem. In China, only refuse which can be converted into money is chosen for recycling, while most of the rest is simply dumped into landfills. According to government figures reported by local media, about 4.67 million tonnes of recyclable waste was collected in Beijing in 2010. In the same year, 6.35 million tonnes of trash ended up in the city’s landfills.

The last place I went on this assignment was a landfill, the final resting place for garbage that is not used for recycling. It is not easy to find landfills in Beijing anymore because the edges of the city, where garbage used to be dumped, have been swallowed up by the fast pace of urbanisation. Most land dumps have been kicked out of town over the last couple of years due to increasing complaints from residents.

After weeks of research, I was able to find just a few landfills and came to understand how they are one example of Beijing’s current headaches. Newly built housing complexes appear right next to the dumps, where garbage is piled up like a mountain.

Even though many residents are destined to live with the stinky smell and toxic gas emitted from the piles of trash for many years, they are going to have fewer places to dump their garbage in town.

It seems to me that in China nowadays, more is wasted and there are fewer places to throw it all away. 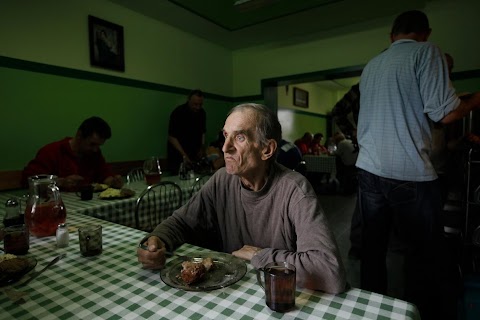 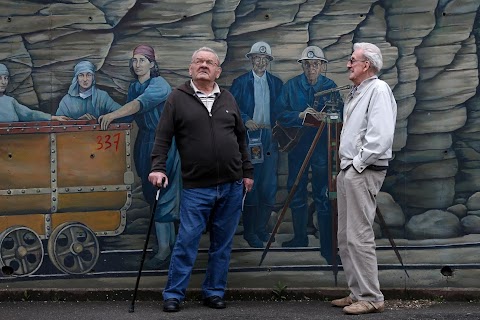 Twilight of an industry