When Senator Jean Marie Ralph Fethiere pulled a pistol and started shooting outside the Haitian parliament on Monday, to disperse what he described as “violent militants”, Reuters photographer Andres Martinez Casares was prepared for trouble.

AP photographer Dieu Nalio Chery was left behind, injured in the jaw. He needed treatment to remove what appeared to be a bullet fragment, his news agency said in a published report, adding that he was expected to recover. Chery could not be reached for comment.

"I saw Chery coming towards me, calling to me and pointing to his chin," Casares said.

At first Casares could not see anything. Then he saw blood.

"I got out a bandage from my pouch and stopped the bleeding," Casares said. A doctor came and checked Chery out and he was taken off for treatment. 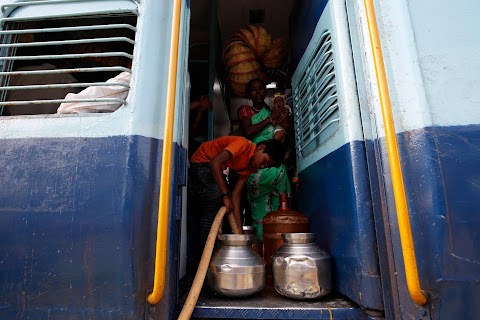 The Indian children who take a train to collect water