The station first opened in the heyday of cross-country train travel, when rail was a luxurious way of getting across the United States. Now, a century later, Grand Central is New York City's second-most-popular tourist attraction after Times Square, and hundreds of thousands of people bustle through it every day.

A panorama of Grand Central.

It made its debut in the heyday of cross-country train travel, faced demolition in the era of the auto, and got a new lease on life with a facelift in its eighth decade.

Opened on February 2, 1913, when trains were a luxurious means of traveling across America, the iconic New York landmark with its Beaux-Arts facade is an architectural gem, and still one of America's greatest transportation hubs.

It is also the Big Apple's second-most-popular tourist attraction, after Times Square.

"We are among the top 10 most-visited sites in the world," boasted Dan Brucker, manager of Grand Central Tours at Metro-North Railroad, the commuter rail service that operates from Grand Central.

Many are commuters who arrive on trains every 58 seconds at the peak of the morning rush, pouring onto the terminal's dozens of platforms. Tourists gasp at the vaulted ceiling and sprawling 22,000-square-foot marble concourse, which has doubled as a film set for movies such as "The Fisher King" and "The Cotton Club." And thousands from both groups eat and shop at any of the 103 restaurants and stores.

"There are a lot of beautiful old train stations in this country but none as big, and none as ornate, and none as elevated and well-known as Grand Central," said Gabrielle Shubert, the director of New York Transit Museum.

The February 2 anniversary will mark the start of year-long celebrations commemorating the centennial with exhibitions, performances, promotions and public events.

Since its beginnings in 1913, when Grand Central was dubbed the greatest railway terminal in the world with an $80 million price tag, it has been an integral part of New York.

In its early heyday Grand Central was a centre of culture, with an art gallery, theatre and tennis court, as well as a commerce hub with travellers boarding trains like the Yankee Clipper and the 20th Century Limited for luxurious long-distance trips.

"As early as 1929 there were individually controlled air conditioning in the staterooms," said Brucker, adding that chefs and hairdressers traveled with the well-heeled clientele.

But following World War Two, as government subsidies helped build airports and improve roads, the Golden Age of rail travel lost its lustre, relegated to the status of dowdy old-timer as planes and autos took the forefront in travel, propelled by speed and lower prices.

During the ensuing decades Grand Central deteriorated, property prices in New York rose dramatically and plans were commissioned to demolish the terminal.

But a reprieve, spearheaded by former first lady Jacqueline Kennedy Onassis, led to its designation in 1976 as a National Historic Landmark, a decision upheld by the U.S. Supreme Court.

By 1991 long-distance trains had stopped serving Grand Central, and Metro-North Railroad, which had been created a decade earlier to consolidate operates four lines into the terminal, had become the country's largest regional railroad.

A two-year restoration began in 1996 that returned the terminal to its former glory. Every detail, from the acorn motifs emblem of the Vanderbilt family who built it, to the marble walls and floors, and chandeliers, was meticulously replicated. More than $1 million was spent cleaning the black-stained ceiling.

"This place was redone perfectly to the way it looked in 1913," according to Brucker.

But just as impressive as its public face are the secrets of the terminal: the underground tracks; unmapped cellar, which is the largest in New York; the secret station, hidden staircase and crosswalks in the massive east- and west-facing windows.

On Grand Central's lower level, the famous domed whispering gallery transmits soft sound across the arc of the ceiling, enabling visitors to whisper to each other from diagonal corners.

"Here is this country we don't have piazzas and plazas where people congregate," Shubert said. "We have Grand Central. People seem to amass themselves in Grand Central to mourn, to celebrate, to get news when there is a crisis going on.

"This is the only indoor space where people gather to share many moments of humanity." 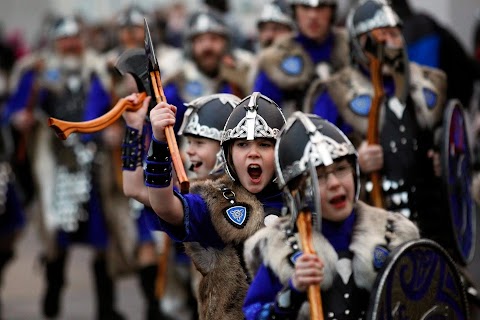 The Vikings are coming 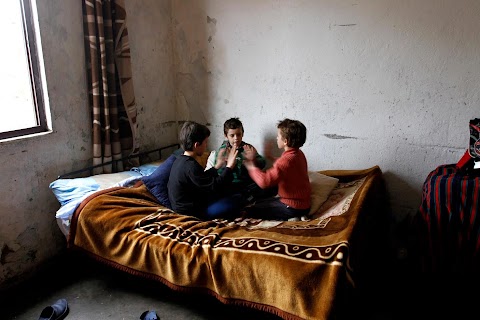