For the first time in more than 30 years, sky-watchers around the world have been treated to a supermoon combined with a lunar eclipse.

The supermoon - when a full moon reaches the point in its orbit that’s closest to Earth, making the moon seem larger and brighter - rises here above Brighton in southern England.

This time it would be an enormous one too - the supermoon.

I had wanted to shoot the blood moon over the white cliffs of Beachy Head in the middle of the night. But Mother Nature and a veteran leftist politician had other plans for me.

The moon and I have history. A tennis player weather-vane or aeroplanes have been in other moon photographs of mine over the years.

As I packed up after a day in Brighton covering Jeremy Corbyn’s first Labour party conference, little did I know that residential housing would border my next portrayal of the celestial body.

I drove my car about 5 miles west of Brighton, aiming to shoot the supermoon rising above the city. That would have to be the next best thing.

The peace and quiet of a Sunday evening on the harbour wall in Shoreham, fishermen packing up around, was quite a contrast from the hurly-burly of the conference.

I used a 500mm lens with a 1.7 converter to get this image. This made the lens equivalent to an 850mm, just what I needed to take this shot at that distance.

The internet and my phone’s built-in compass helped me pinpoint where the supermoon would rise. Unfortunately in Brighton it wouldn’t include a landmark like the pier or the white cliffs near the marina.

I was hoping to get an unfettered view of those cliffs, with the Gothic pile of the exclusive Roedean School lit up by the rising moon.

Even so, all was not lost. That foreground of residential buildings made the moon seem bigger.

Fortunately the sun was still out and the atmospheric conditions were very clear, so I didn’t have shadows to contend with either.

It wasn’t Beachy Head, it wasn’t Roedean. But the supermoon it still was - and what a beauty.

The moon turns blood red during a supermoon lunar eclipse.

The shadow of the earth cast a reddish glow on the moon before a total eclipse lasting one hour and 12 minutes. Lunar eclipses usually happen twice a year, NASA says, but the alignment with a supermoon won’t be repeated until 2033. 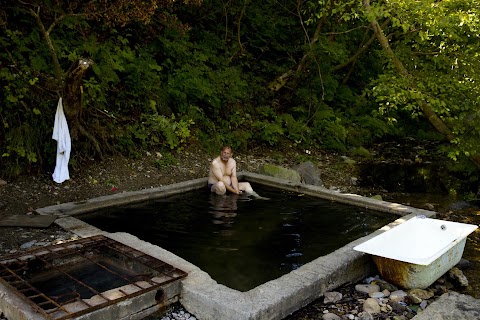 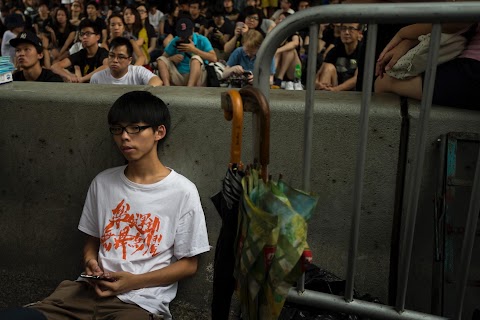 The Umbrella Movement - one year on