A decade after a massive earthquake rocked China's southwestern province of Sichuan, killing almost 70,000 people, the scars have begun to heal.

Before: A man walks towards Beichuan Middle School which was buried under boulders.
After: The same view ahead of the tenth anniversary of the earthquake.

The 7.9 magnitude quake which hit on May 12, 2008 was most devastating around its epicentre in the town of Beichuan.

Many of the houses that collapsed remain buried under the earth and are covered by overgrown bushes and weeds.

In some of the houses still standing, now part of an open air memorial to the dead, wedding photos hang on the wall.

Damaged school classrooms remain a mess, with books on the desks turning black with rot.

Signs in Chinese, English, Japanese, Korean and French urge visitors to be careful where they tread to let the dead rest in peace.

Chen Mingyou, 73, survived the quake but his daughter and son-in-law died.

Before: A covered body lies in front of the ruins of a destroyed old city district.
After: The same view ahead of the tenth anniversary of the earthquake.

The local government is supporting villagers to develop leisure and tourism industries after the quake, and many quake survivors have turned their newly-built houses into inns.

Liu says she also makes some money from selling eggs to tourists. 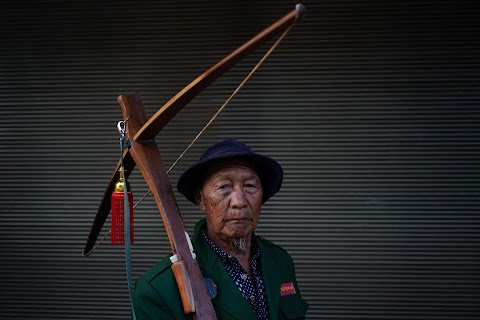 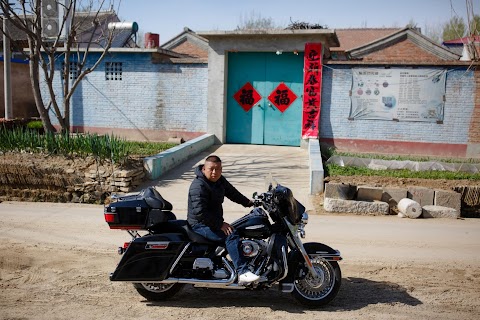