When Angelica Maribel Murillo’s husband attacked her with a machete in 2008, severing both her hands, she said that she overheard the doctors saying she would not survive.

They were wrong. Not only did Murillo live through the brutal attack, she has also been able to continue making a living and supporting her four children.

"Seated in front of me was a woman with clear goals, self-confidence, and an unwavering voice."

One ordinary day in 2008, Maribel Murillo was at home preparing the dough for tortillas that she would sell – an activity that she had done all her life.

Her husband, who was known to be in a relationship with another woman, appeared and began to argue with her about his plans to sell their house. Maribel was opposed to the idea of losing what she had worked so hard to acquire.

Enraged, he accused her of having a lover herself, and hacked off both her hands with a machete. He also struck her three times in the head.

I met brave Maribel on one of my many visits to La Nueva Australia slum, one of Tegucigalpa’s most dangerous districts. As she told me her story, I watched her use the stump of her forearm to wipe away a tear on her cheek.

She continued to tell me how her daughter Breily, who was just two at the time, was a silent witness to the brutal assault. In spite of the shock of what was happening, Maribel saw her daughter covered in blood and thought that she had also been attacked. Luckily, that wasn’t the case.

Lying on the floor, Maribel managed to get a neighbour to take her to the hospital, where she could hear the doctors saying amongst themselves that she wouldn’t survive. But Maribel proved them wrong. Her husband cut off her hands, but not her will to live.

Maribel is now 37, has four children and, as incredible as it seems, still makes tortillas in spite of her lack of hands. She turns a crank on a machine to press the tortillas. Her children and sister also help her.

In Honduras, machismo is a huge problem, and it seems that nobody wants to find solutions. From the moment they are born, many children grow up watching their fathers abuse their mothers. Words can hurt, blows can maim or kill.

I watched Maribel make and sell a number of tortillas before she took a break to talk to me. I asked her what her children thought of their father, who has been a fugitive since the day of the attack.

“They are afraid. My youngest (Breily) doesn’t remember anything, but her siblings cry when we talk about him,” she answered.

She continued to describe her work and life. Seated in front of me was a woman with clear goals, self-confidence, and an unwavering voice. It was inspiring to see that just by selling tortillas, she was able to overcome the obstacles she faced.

Her goal right now is to finish constructing their house, the same one for which she lost both her hands. 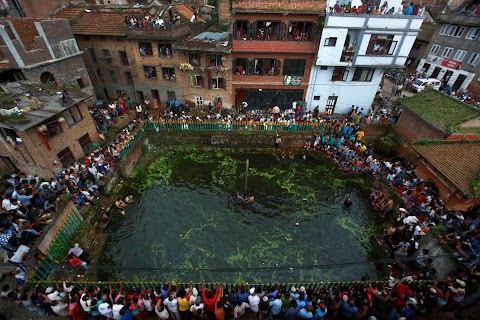