As battles raged in the Syrian settlement of Azmarin and other surrounding villages, scores of civilians, many of them women with screaming children clinging to their necks, fled to Turkey across the narrow Orontes river.

"It was only afterwards as I went through the pictures that it began to affect me."

It was early on Wednesday morning when I arrived at Hacipasa, a village just across the border from Syria in Turkey’s southern Hatay province. Set among rolling hills lined with olive trees, the village sits right across from the Syrian town of Azmarin, where heavy clashes had been taking place between Syrian government forces and rebels. The army had been shelling Azmarin and I was taking pictures of the shells landing in and around the town, sending up plumes of dust and smoke.

As the fighting intensified throughout the morning, villagers from Hacipasa told me Syrians were starting to flee across the Orontes river in the valley below me, some of them wounded. The river forms a natural frontier between Turkey and Syria along this part of the border.

Grabbing my cameras, I jumped into the car with a Reuters reporter and drove quickly down the narrow dirt road to the river to where the refugees were. As we neared the river the sound of shelling became louder and louder. We could not drive our car right up to the river as villagers from Hacipasa had already moved dozens of cars and minibuses down the narrow track to help ferry the people away.

I jumped out of the car and a young man with a motorcycle came riding up and told me to jump on the back. So I slung both cameras around my neck and jumped on as he took me to the river crossing. The river at this point is very narrow, no more than 15 meters wide, and is secluded by low-hanging trees.

On one side is Turkey and on the other, Syria. I could see rebel fighters on the other side carrying small children down to the bank, followed by others, mostly women. The rebels had strung two ropes across the river and were using them to pull two small metal boats back and forth to carry the fleeing people.

On the Turkish side they had set up a basic first aid point with bandages and stretchers to treat the wounded. I ran straight down to the edge of the river where villagers were pulling the boats across and I began photographing the people. Streams of people were emerging out of the trees on the other side, some of the children clinging to their mothers. Rebels carried other children in their arms to the waiting boats.

While I was documenting the scene, four wounded men, either rebel fighters in combat or civilians hit by shrapnel, were carried across. I kept on photographing as more and more people came across, making sure to change my memory cards every few minutes in case the military arrived and tried to confiscate my cameras. If they took the camera I knew at least I’d have the others safe in my pocket and would be able to get the pictures out. The whole time I was shooting I could hear the deafening sound of the shells landing only a couple kilometers away, a reminder of how close I was to the fighting.

As I was looking through the lens all I could think about was capturing the picture – the scene wasn’t really affecting me. It was only afterwards as I went through the pictures that it began to affect me. I have a 7-year-old son back at home in Istanbul and seeing these children, many even younger than him, crying and scared, not knowing what was going on, just made me think of him and that’s when the awful content of the picture really hit me.

What also got to me was that every time I take pictures of children, even under such awful circumstances, there is always one child who starts smiling when he sees the camera. 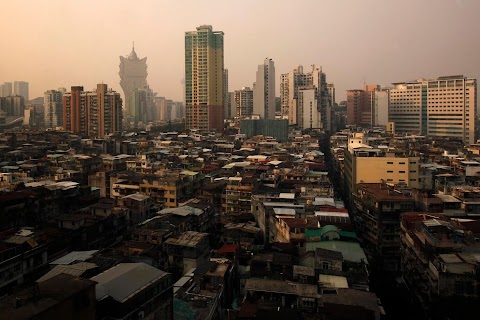 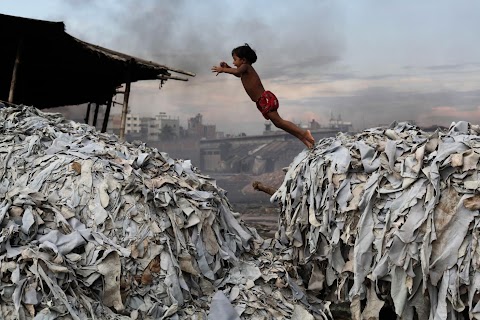 From toxic tanneries to luxury leather