The Premier Padmini taxi is an icon of Mumbai. These old cars lack power steering, electronic windows and air conditioning, but in all their low-tech glory they have become an enduring presence on the city’s streets.

Now, however, authorities have decided all taxis over 25 years old must be taken off the roads. Reuters Photographer Vivek Prakash braces himself to say goodbye to this cheap and cheerful staple of Mumbai life.

A trip in a Premier Padmini taxi through Mumbai's streets.

“Time and tide wait for no man – and no taxi either.”

Many things are uncertain in Mumbai – the weather, the possibility of an appointment actually happening on time, the chance of getting through the city without hitting some obstacle or other…

But one thing is perfectly certain: you’re wanted in a traffic jam, they’re saving you a seat.

If, like me, you think owning a car in Mumbai is a pointless waste of time, you will take a taxi several times a week. So your place in Mumbai’s permanent gridlock is likely to be inside a Premier Padmini taxi, a vehicle I have come to think of as the grand old dame of Mumbai’s streets.

The car is not a sexy young model. It is a solid, dependable companion. Clad in black and yellow uniform, it is an anachronism still plodding through the city streets nearly fifty years after it was first designed.

But nothing lasts forever. A couple of years ago, the government issued an order that all taxis over 25 years old have to be retired. So before they vanish from Mumbai’s streets, I set off to find out everything I could about these taxis.

The Premier Padmini is a funny looking thing. In an age where you see everything from Tata Nanos to massive GM four-wheel drives on the roads of Mumbai, these dinky little cars are a slice of the 60s, a throwback to an era of pre-liberalisation India.

At first glance you might be fooled into thinking they are Fiats. You wouldn’t be far off the mark – the design is based on the vintage Italian Fiat 1100-series range of cars which were a hit in the 1960s. The Indian company Premier Automobiles licensed and manufactured similar cars in India, and these became known as “Premier Padmini”. They were produced between 1964 and 2000, when the last Padmini rolled off the production line.

These cars have almost no electronic parts. They are made of heavy, solid metal and although the top speed of a recent model is theoretically around 119 kph (74 mph), I wonder if any of them can make it to 60 kph (37 mph) without shaking themselves apart.

Power steering? Who needs it! Nothing a bit of elbow grease can’t fix. Air conditioning? Forget about it! You live in a sultry, humid city, you should learn to love it. Electric windows? I don’t think so, use the handle to roll it down. Suspension? What suspension? Just remember you’ll feel every little bump on your way home tonight.

Here in Mumbai we love to hate the Padmini. They are uncomfortable, hot, steamy, and funny smelling. But when they’re gone, we’ll miss them.

This old car has become an icon on Mumbai’s roads. We’ll miss her like New Yorkers miss their checkered cabs.

The drivers will miss them too. A door handle, I was told at a yard that specialises in Padmini parts, costs about 90 rupees ($2). A headlight can be found in Chor Bazaar (Thief’s Market) for about 250 rupees ($5). If the body gets rusty or develops holes, there are dozens of garages that will fix it up for next to nothing. If you were looking for a door handle, a headlight or a fix-up on a newer, flashier cab, you’d have to pay 10, perhaps 20 times as much. No wonder drivers want to hang onto them. Taxi drivers eat, sleep and work out of their Padminis. Their shabby khaki and white uniforms match the old cars perfectly.

I read a story in CNNGo which quotes Anthony Quadros, the head of Mumbai’s taxi drivers union: “We have trusted this Padmini like a second wife for the last 40 years. You still love your wife even though she gets old.”

But time and tide wait for no man – and no taxi either. Each year, hundreds of Padminis are being taken off the roads, sent to scrap yards, where they are pulled apart for whatever can be salvaged and reused. Local media estimates that Mumbai’s taxi fleet is around 51,000 strong – of which some 8,000 are at least 25 years old.

I spent the better part of two weeks working on this story, just watching our beloved Padmini going to places where she was fixed and spruced up, seeing her on the streets day and night, getting to know the drivers who are her trusted companions. I like my air conditioning, but I too will find it hard to say goodbye when the last Padmini taxi retires.

So, venerable Premier Padmini, let this be my way of saying goodbye to you. I hope the pictures I’ve made will help keep you in our memories long after you’ve disappeared into the grey of Mumbai’s skyline, never to be seen again. I want my photos to be your eulogy, a record of what you meant to us.

Goodbye old girl, I will remember you. 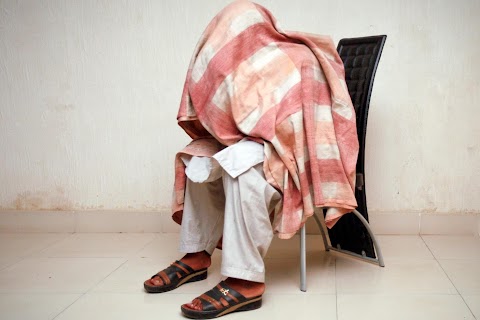 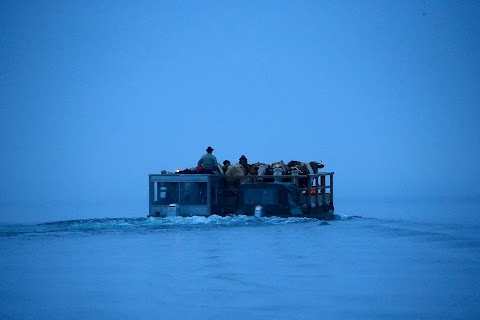