The NFSG, which Jim refers to as a "militia," trains children and adults to handle weapons and survive in the wild. It passionately supports the right of U.S. citizens to bear arms and its website says it aims to teach "patriots to survive in order to protect and defend our Constitution against all enemy threats.”

"If you're looking for a well-oiled machine of a militia, the North Florida Survival Group will likely disappoint."

You feel a moment. I'm not certain if it's a second lost or a second gained, but in that moment the Earth stops.

It's the moment you watch a child, a young girl in purple shoes, pull a loaded AK-47 assault rifle from the cab of a pick-up truck.

The child, 9-year-old Brianna, had no ill intentions with the weapon of course. She was simply retrieving the gun for a man she affectionately calls "Uncle Jim".

He is Jim Foster, a 57-year-old former police officer and the leader of the North Florida Survival Group. The organisation teaches children and adults alike to handle weapons, and Jim refers to it as a ‘militia”.

Jim was the man who, after feeling out my intentions in a two-hour meeting at a chain restaurant a few weeks earlier, had granted me permission to photograph his group's field training exercise. It was an opportunity I snatched up without hesitation.

It's not every day that a photojournalist gets an invitation to shoot a militia gathering. Understandably, they tend to be fairly secretive groups who don't exactly keep the media on their Christmas card lists.

When I first emailed Jim requesting access to his organisation for a story about second amendment issues, I fully expected to have my email dragged straight to the trash, never to hear from him again.

Within hours he proved me wrong. He left a phone message thanking me for contacting him and agreeing to meet with me face to face, albeit sans cameras or tape recorders.

It wasn't exactly the response I was expecting from a man whose first few sentences in the "About Me" section of his website says that he believes our freedom as Americans is in jeopardy and that our government may be intent on moving us toward socialism. The words are accompanied by a photo of him dressed head-to-toe in camouflage and holding an AK-47.

Based on the political messages and blog entries on his site, I knew that he and his members would have strong political opinions and that it might be necessary for me to dust off a cheesy line I stole years ago from an even cheesier 1980s Nick Nolte movie. Nolte, playing a predictable version of a war photographer, is asked what side he's on and he responds: "I don't take sides, I take pictures."

If you're looking for a well-oiled machine of a militia, the North Florida Survival Group will likely disappoint. Members are not all chiselled young males with high-and-tight haircuts straight out of central casting.

An elderly man in blue coveralls and a borrowed .22 calibre varmint hunting rifle protects the flank of a younger man in a full ensemble of tactical gear and a tricked-out AR-15 assault rifle. But while their gear may separate them, they are united by their political beliefs.

To their credit, I never had to use my Nolte line with the members of Foster's group. While the members of the organisation were clearly passionate about their distrust of our government and, more specifically, our president, they never tried to force-feed me their opinions or interrogate me about mine.

Foremost on their minds was gun confiscations. Meeting the group just a few weeks after the re-election of U.S. President Barack Obama, the prevailing concern among the group was when the next gun ban would be coming and how they should stockpile ammunition and weapons to prepare for it.

For me, their position was summed up by an over-sized t-shirt worn by a young boy in the group, who carried a Ruger rifle while covering the flank of a line of militia members searching for an imagined enemy. The shirt showed the logo of the North Florida Survival Group and was decorated with the slogan: "I'm willing to die to defend my 2nd amendment rights. Are you willing to die trying to take them from me?"

I took this picture six days before Sandy Hook. Six days before the country would launch into one of the largest and most heated gun control debates in its history. Six days before so called "assault weapons" and ammunition disappeared, in a frenzied buying spree, from gun store shelves across the nation.

Before the shooting at Sandy Hook, Foster said he received on average about one or two people inquiring about signing up for the North Florida Survival Group per month. Now, after the attack, he says he gets about one person signing up every day.

"The government is trying to disarm us," said Jim.

"There weren't enough dead bodies to do it before, but now they've got the bodies of 26 dead kids and I'm afraid that's enough for them to get what they want," he said, referring to the 20 children and six adults who were shot at Sandy Hook. 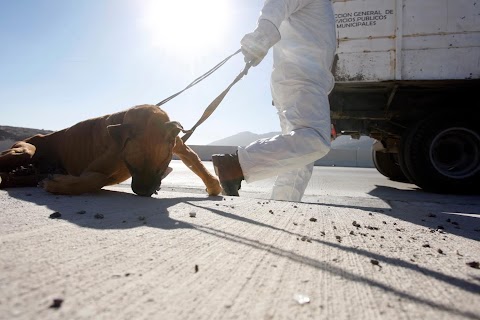 A side effect of violence 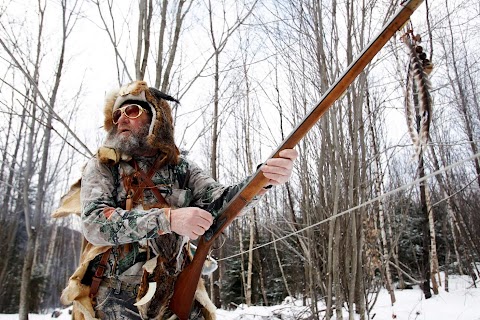 Back in time biathlon