For the first time ever, the northern English region of Yorkshire will host the start of the Tour de France, and as the excitement builds, bicycle-themed decorations are popping up all over the landscape.

Bikes, painted in honour of the iconic cycle race, can now be found in hedgerows, outside pubs and in people's front gardens around the countryside.

"To say that Yorkshire has embraced the tour is an understatement."

This is a World Cup year, so fans across the globe are getting tossed around on the roller coaster of emotions that goes along with supporting your national soccer team.

In England, this usually means seeing the streets and cars covered with plastic national flags, while grown men wearing skin-tight soccer jerseys hurl abuse at television screens before drowning their sorrows in the pub.

But this year is different, or at least in part of England it is. This year sees the great cycling race, the Tour de France, starting in the northern English region of Yorkshire.

I’d always planned to have a drive along the two stages of the Tour that will be held “oop north”. It’s only a couple hours by car from my base in Manchester, and it would give me the change to scout out possible locations for the Reuters team covering the event.

The area takes in some beautiful scenery but, let’s face it, I didn’t imagine for a minute it would make an interesting feature. But I was proved wrong.

To say that Yorkshire has embraced the tour is an understatement. And although the councils and tourist boards are getting great value from the race, it seems like it’s ordinary residents who are having the most fun with it.

As you drive along the winding roads and lanes, through picturesque villages and northern mill towns, the usual vivid green of the surrounding fields and hills now has an unusual tinge – a tinge of yellow.

St George’s bunting heralding another failed England World Cup bid has gone, and in its place are neat, yellow triangular flags that hang from the telegraph poles.

And then you see the bigger attraction – painted bikes are everywhere.

It looks like every conceivable shape, style and size of bicycle surplus to requirements in the Yorkshire area has been commandeered, given a new coat of paint, and then placed, often in the most bizarre locations, in the villages and hedgerows that the cyclists will pass.

Cafes and shops have been painted with spots in honour of the race’s “King of the Mountains” jersey, schools have created collages and sculptures for the Tour and yellow bikes are everywhere: mounted on walls and trees, sitting outside houses and pubs – even hanging from a church steeple.

Around every bend and in every village there is a different take on the bike decorations. You can see this has been a real community event.

I almost wished I had my children in the car as I drove the route, since a game of “spot the yellow bike” would have made the journey much quieter and more fun than the usual chaos. 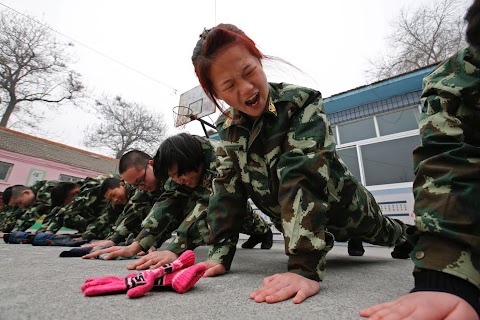 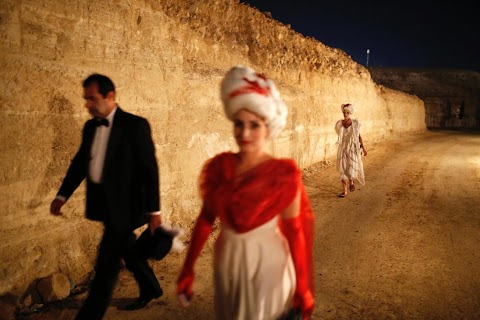 Drama in the desert