Reuters photographers captured the human drama in the most compelling stories of 2018, including desperate Honduran migrants confronted by Mexican riot police, wounded protesters at the Gaza border, Syria war victims rescued from rubble and pile-on victory celebrations at the World Cup in Russia.

This feature showcases some of the standout Reuters images of the year along with blow-by-blow descriptions of how they came to pass from the men and women behind the camera.

Ueslei Marcelino: "The migrants had already broken through the first police barricade on the Guatemalan side of the bridge. After a while, they moved towards the second barricade on the Mexican side. The push by the migrants to enter Mexico had eased and suddenly women and children formed a line and started to walk towards the police.

There was a bit of pushing and shoving, and then things started to get increasingly chaotic. It was a march that turned into a protest and ended up in confusion. Of course, it affected me. I'm also a father of a nine-year-old girl. It was impossible not to think about being that father caught up in that panicked situation.

After taking the photo, I took others of families coming out of the restrictive cordon created by police. The confusion was brought under control after gas was used to disperse them, and the migrants were pushed back to the Guatemalan side."

Alkis Konstantinidis: "I was in the port city of Patras covering the efforts of migrants to smuggle themselves onto ferries bound for Italy.

It's a dangerous passage but became more appealing after the closure of the overland route to northern Europe through the Balkans. It was during the final hours of my two-day access in the port when an officer with the coast guard's special forces squad kneeled beside a truck lined up for embarkation control and pointed his torch towards the undercarriage.

Suddenly, he yelled, "Get down! Get down from there!" at two eyes peering back at him. A young man crawled out, checking his surroundings.

He looked lost, and I shot some frames as he emerged between the wheels. He got up in silence and was quickly detained and handcuffed.

He was part of a group of a few hundred young, mostly Afghan or Pakistani migrants who had been squatting in abandoned factories opposite the port.

Every day, they ran across the busy street into the fence, looking for trucks in which to stow away.

Most were discovered by police dogs and X-ray machines and held overnight before being released. Nearly all would try their luck again and again."

For part two of A Picture and its Story 2018 click here. 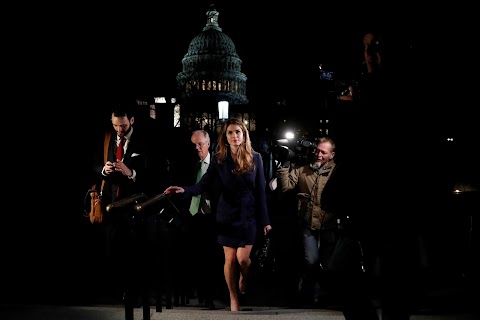 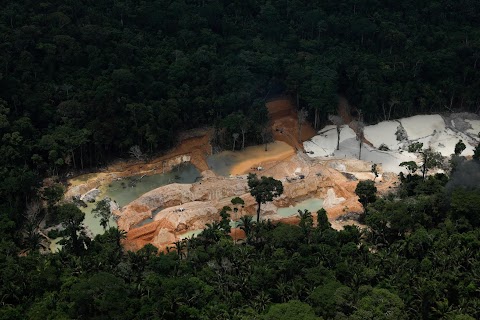