A rubber dinghy with 104 sub-Saharan Africans on board is waiting to be rescued.

The dinghy, packed with migrants, disappeared every few seconds behind rolling waves as the Phoenix, a humanitarian ship operated by the privately funded Migrant Offshore Aid Station (MOAS), tracked it over the course of five hours.

"At that point there was no doubt in my mind – these migrants had been sent out there to die."

As soon as I heard about Migrant Offshore Aid Station, I felt inspired by the premise that it operates under - that no one deserves to die at sea.

I’d wanted to get on board the Phoenix for the past several months  - there was one small problem - space on the ship is at a premium, every inch is dedicated to saving lives. The only way was to convince them that even great photographs help save lives. Luckily I managed to make my case and in early October I headed out with them to sea.

The ship had already been heading south to its usual area of operations when the call alerting MOAS to the migrants came in from Rome’s Maritime Rescue Coordination Centre as the Phoenix crew were having breakfast.

Approaching the dinghy with the ship would be a recipe for disaster. All the migrants would try to push and shove their way to one side of their boat, causing it to capsize.

A rigid-hulled inflatable boat was launched from the Phoenix.  Three crew members and I climbed in.  We were fully dressed in protective gear – disposable coveralls, taped down rubber gloves, masks – no one was taking any chances. Life jackets were quickly loaded and we set off at high speed towards the dinghy.  I tried my best to make sure my two camera bodies, carrying 16-35mm and 70-200mm lenses, kept dry as sea spray flew over us.

Within minutes, we pulled up alongside the dinghy.  Just one of the 106 immigrants was wearing a life jacket. Their first reaction was one of suspicion – they did not know who we were or what we were doing.

The most important thing to do at this point was to ensure they remained calm and establish contact with someone who spoke some English.

It quickly became clear who the natural leaders among the migrants were. We explained that we were there to help, and that we had already rescued hundreds of their compatriots.

After establishing that there were no women and children on board, nor any particularly ill and injured men, life jackets started to be tossed to them.

This is always a hazardous moment – they began scrambling and fighting over them and we had to repeat over and over again that there were enough life jackets for everyone.

In between taking pictures, I did my part in pleading with them to keep calm.

My heart was pounding as I watched the scene through my viewfinder.  They were portraits of utter desperation.

As they emptied out the dinghy, I could see what the migrants were leaving behind – just a couple of empty water bottles and a handful of used fruit juice cartons. Their fuel supply was running low and even though they had not been on their perilous journey for very long, half the jerry cans were empty. At that point there was no doubt in my mind – these migrants had been sent out there to die.

Eating a delicious hot meal in the galley that night, and then lying in my comfortable bunk, I continued to feel restless. Images of what I’d seen and photographed kept swirling in my mind, coupled with pangs of guilt because the people out on the deck were less comfortable then I was.

The migrants were handed over to the Italian authorities in Pozzallo on Sunday evening, and the Phoenix departed early next morning, heading back home after another mission. 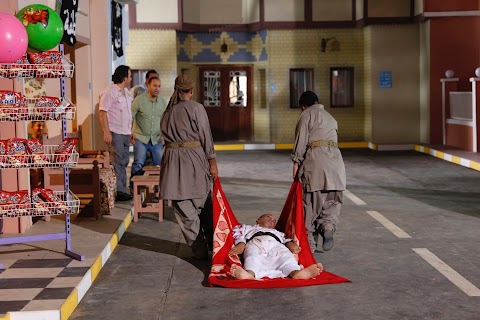 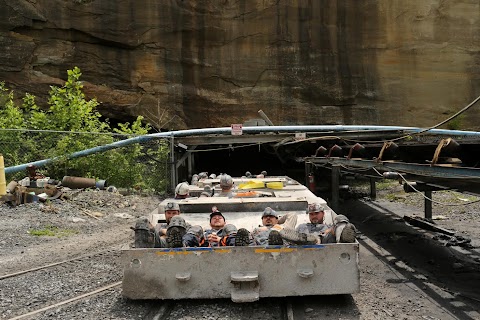 Along the King Coal Highway