Actors drag the body of a man along the ground as they perform during the filming of a satirical television show in Iraq.

Called “Dawlat al-Khurafa,” (State of Myths), the title plays on the words Kalifa (Caliphate) and Kurafa (myths or superstitions) and uses humour as a weapon in the propaganda fight against extremist militants.

Life under the far-right 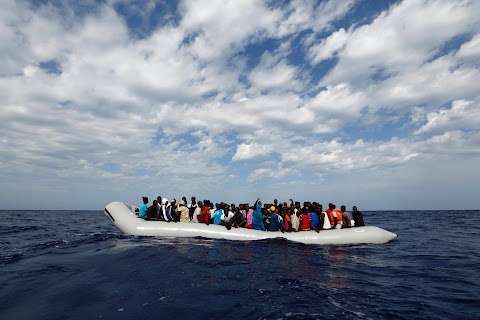 A rescue at sea