French model Marine Deleeuw waits backstage before a show at Paris Fashion Week 2013. She was just 18 when she first stepped down a catwalk, and now, at 19, she is preparing for a whirlwind of shows in New York, London, Milan and Paris.

The pressure at these events is intense and Marine insists she has to "rest the most I can, take vitamins, and do everything possible to not fall ill".

"Being backstage at a fashion show is like being in a hive - a lot of busy people are running in all directions."

If you want to work in United Nations diplomacy, you should train in the fashion world. Once you're there, you learn what negotiation means.

To take pictures backstage at a fashion show, you have to be ready to send 120 emails and call the recipients to explain what you meant in your messages and then hear them say: "I am afraid this will not be possible”. Nevertheless, once they are convinced - and they might change their mind the very next minute - you realise that it was worth it.

I didn't know whether I would be able to photograph this story until the last minute. But suddenly the clouds opened and I started seeing the sunlight of the fashion world. My goal was to show the part of Fashion Week we usually don't see - a model's life backstage.

I first met Marine Deleeuw, a French model for the agency Elite, at an agency apartment where models gather during fashion week. Marine opened the door with a large smile, happy to welcome us (both the Elite press attachee and myself) into her world. As soon as I entered, I started taking pictures in the beautiful, early morning light.

One thing I learnt during the Haute Couture shows was that the models had to be there a minimum of 3 hours before it started (for the most famous houses sometimes its 6 hours) so there was no time to spare.

The Valentino show was at 7:00 p.m. and her call time was 3:00 p.m. So at 8:00 a.m. we left the apartment to start the race. First we went to the agency to check her train, planes, hotel and contracts for New York Fashion Week. Then, her eyes twinkled, an hour of shopping. But just before that should have started, her agent told her that she had an unexpected casting call for Lebanese designer Zuhair Murad. So there went the shopping.

We rushed to the Murad casting location, a welcome surprise for me because I wanted to take pictures of these casting events and usually designers do not let you. However, when we arrived I realised that the booker (the person who hires the models) was an old friend who I had lost touch with years ago, and thanks to that I got my authorisation to take pictures.

Once the casting was done two hours later, we were late for Valentino so we needed to race off again. Photographers are usually allowed inside for only a few minutes and I was planning to stay 4 hours. But luckily Marine came to my rescue and with a smile and a couple of blinks of her eyes she convinced the security guard that my presence was absolutely crucial to her.

Being backstage at a fashion show is like being in a hive - a lot of busy people are running in all directions. Make-up artists, hairdressers, seamstresses and all kind of workers were rushing about, but they were all very professional. Models are made-up, have their hair done, are checked, go back again to make-up, hairdressing, and then everything stops for an hour of rehearsal.

Backstage is then peaceful until the whole thing starts again. When the models are ready, the dressings start. There are last minute touches to dresses, ironing, shoes... A whirlwind of activity, during which the only steady person was me, the photographer, having to act still and discreet otherwise I knew I would be thrown out.

I liked this assignment because I think it produced beautiful images of an often glamorous but sometimes tough world. For a photographer being on the “dark side of the moon” is always a great opportunity - an opportunity to meet people, to see and to understand. 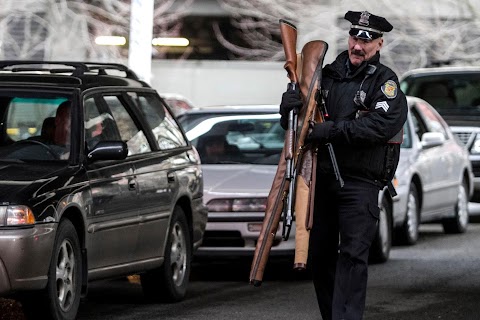 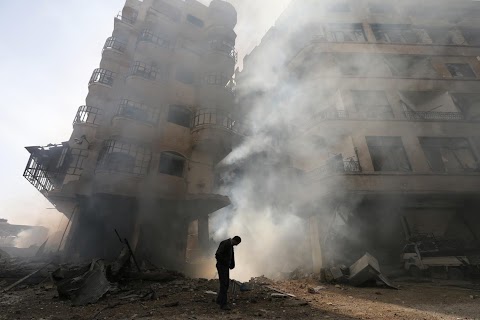 In Damascus with the Rebels