A model pulls a face as designer Obiora Ichiebuke alters her dress just before she was due to hit the catwalk in Liverpool – a place better known for a gaudy look featuring big hair and fake tan, than for haute couture.

Yet the northern English city has launched itself on the style scene with Liverpool Fashion Week, an event that may not be as slick as high-budget London shows, but which still showcases new looks with flair and enthusiasm.

"It is, of course, a far cry from the big-budget shows seen in London, but from a photographer’s perspective that’s a plus."

The chances are you won't have heard of Liverpool Fashion Week. But if you have – or ever do in the future – it will likely be thanks to Amanda Moss.

Moss, an indefatigable mother of six children, is on a mission to transform Liverpool into Britain's first haute couture hotspot beyond London. She has some way to go, but if anyone can do it, she can.

I met her while covering Liverpool Fashion Week, an event launched by Moss five years ago and now proudly sashaying into the international spotlight.

The words Liverpool and fashion have been known to raise a smile when mentioned together – especially among locals, known for their self-deprecating sense of humour.

The port in northwestern England is famous for giving the world the mop-topped Beatles in the 1960s, but in subsequent decades as the city's economic fortunes declined, typically exuberant Liverpudlians have sometimes been caricatured as wearing garish clothes.

But Liverpool is on the up. A swank retail zone, Liverpool One, opened five years ago and has helped redefine the city as a cosmopolitan hub of commerce and tourism. And the locals, known as "scousers", have begun to assert their true sense of style beyond the shores of the River Mersey.

Which is where Moss comes in.

A one-woman powerhouse, she has led the charge in changing perceptions of Liverpool through the fashion show and by running her own model agency and monthly lifestyle magazine.

Ahead of this year's show, she garnered headlines around the world for banning models who tanned using sun beds. It's a serious health issue, but also an attempt to challenge misconceived images of sunlamp-scorched locals.

For previous shows she has outlawed the "scouse look" – a big-haired and ultra-glitzy style associated with an often-derided 2011 reality television show called "Desperate Scousewives".

When I encounter Moss, she is operating at full tilt. She is giving television interviews and directing models, designers and stylists, all with her eight-week-old baby feeding at her breast.

In a way, she is Liverpool's answer to Anna Wintour, the editor-in-chief of American Vogue. Although far more approachable than the woman who inspired the novel "The Devil Wears Prada", she is just as in control.

At one point she runs backstage to tell the make-up artists to tone down the "scouse brows" on the models. This heavily defined eyebrow is a key element of the glitzy style she has banned.

It is a credit to the energy and enthusiasm of Moss, whose own style veers towards the bohemian, that Liverpool’s fashion week carries itself off with considerable panache while still retaining a sense of the city’s irrepressibility.

It is, of course, a far cry from the big-budget shows seen in London, but from a photographer’s perspective that’s a plus.

Backstage, it is far more colourful and unselfconscious than the over-produced London spectacles, and that means more honest scenes to photograph and more engaging pictures.

On the catwalk, the styles are lively, if visibly less accomplished than those you’d see in the capital. But they are no less challenging or diverse.

One playful collection made entirely from vegetation, featuring models in outfits made from grass and bark, raised a few smiles. But, thanks to Amanda Moss, no scouse eyebrows! 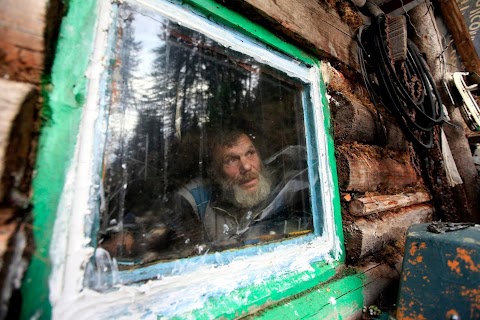 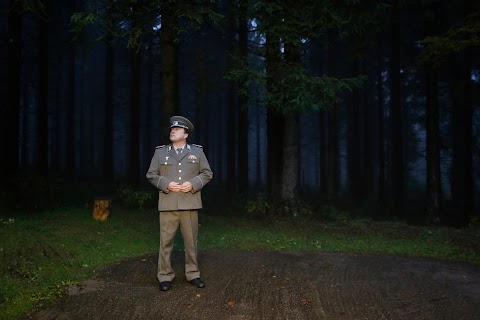