In Brazil's sprawling Mamiraua nature reserve, locals go fishing for a mammoth catch - the arapaima or pirarucu. The species is the largest freshwater fish in South America and one of the biggest in the world, sometimes growing to around 3 meters (9.8 feet) in length.

Arapaima fishing is regulated to try to ensure the sustainability of stocks, which provide an important source of income for river communities.

"For me to get close to the action I often had to climb into a canoe that was already overloaded with two fishermen and do a balancing act."

This was the second year I’ve had the chance to document the fishing of the world’s largest freshwater fish with scales, the arapaima, or pirarucu, as it’s known in the Brazilian Amazon. Last year I photographed a community that fished only at night for a few days to fill their quota, but this year it would be done in the day and the fishing would last a week.

I travelled to the Mamiraua nature reserve, some 600 km (373 miles) west of Manaus along the Solimoes river, one of the two main tributaries of the Amazon.

This reserve was created in 1996 with the aim of promoting the sustainable use of natural resources for the development of the river communities. The trip began with a two-hour flight from Manaus to Tefe, and from there on a fast launch to the town of Fonte Boa, affectionately known as the Land of Pirarucu by its residents.

The Mamiraua reserve is divided into nine sectors, home to some 200 communities. To put the reserve’s dimensions into perspective, it would take more than 24 hours to travel from one extreme to another in one of the fast launches that are commonly used here. One of those launches became our home during this trip.

Arapaima fishing season is open between the months of July and November, the dry season in the region when the rivers are at their lowest. This is important because it’s when the fish are trapped in lakes, making them much easier to catch.

To begin the season the first thing they do is count the number of arapaimas in each lake. This is done by the villagers themselves. After that, they receive authorisation to catch approximately 30 percent of the total of adult fish. The arapaimas must be at least 1.5 meters (4.9 feet) long, with the smaller ones preserved for the future.

The festive atmosphere of the communities is very apparent. The arapaima is one of the main sources of income for these families, and virtually all of them, old and young, men and women, are involved in some way in the fishing season.

Most of the lakes are many kilometers from the communities, so the operation needs to be well organised. Long and narrow canoes are used for fishing, which is done by surrounding the fish with nets to corral them into a contained area of the lake, so they can be harpooned.

Due to their size and strength, the arapaima must be knocked unconscious before being pulled into the canoe. One movement of their powerful tails could easily flip the canoe and end the day’s fishing.

For me to get close to the action I often had to climb into a canoe that was already overloaded with two fishermen and do a balancing act so we didn’t end up in the water. It was all made even more difficult by the army of spiders and insects that attacked us.

My biggest concern was for my equipment, as the nearly 100 percent humidity made it necessary to constantly wipe the lenses. And since the dry season was practically ending, the rain also kept me busy protecting my gear.

The fishing operation lasts many days, so a complete logistical base is set up on the lake’s edge. The main food to be eaten is arapaima stew made with the fish they catch and Brazil’s staple cassava flour called farinha. That was my food too during the expedition.

After catching the fish, the villagers carry out one of the most tiring jobs of all – lugging the arapaimas to their community to clean and freeze them. The path they take is along a floodplain that in a few weeks would be completely submerged. This is the moment when the physical strength of these villagers comes into play.

Along one stretch of nearly two kilometers surrounded by the heat of the rainforest, the villagers carried, one by one, the hundreds of arapaimas they caught within the legal quotas. Each fish weighed an average of 60 kg (132 lbs).

As the fish arrived at the village the women took over and cleaned them. With their sharpened knives, they pulled out the guts and left them ready to be frozen. Each arapaima taken from the reserve receives a seal with information about where it was caught and its length and weight. After being frozen, part of the catch remains in the community and the rest is shipped to the state capital, and then distributed around the country and exported.

Arapaima is sold in two different forms – fresh frozen meat, and salted and dried. They call the salted arapaima the “cod of the Amazon.”

The job of managing arapaima is not a question of simply controlling fishing. Throughout the year the villagers organise themselves to watch over the lakes, because poaching is still a reality. This control is very important because it guarantees future generations the opportunity to live in the forest from its sustainable resources.

In the riverside schools, conservation and sustainability are taught to children from the very beginning, because the future of the Amazon will depend on us as well as them. 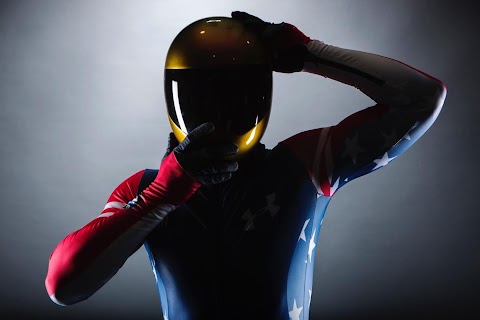 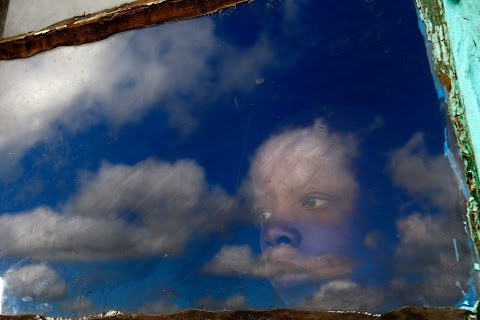 Pictures of the year - December