With their own flamboyant sense of style, young rappers Willpack Danfa (left) and Seco Dabo reflect something of the colourful and eclectic fashion of Bissau.

The city is the capital of Guinea-Bissau, a former Portuguese colony which still has strong cultural ties to other Portuguese-speaking nations from Angola to Brazil. Its dress sense is influenced by anything from West African traditions to American hip-hop.

"Clothes reading “50 Cent” or “Thug Life” are commonplace, and Rihanna’s latest hits blare out from rusty radios beneath the mango trees."

If you drive through the Mistra neighbourhood of Bissau - the charming, ramshackle capital of Guinea-Bissau - signs of peoples’ love for American hip-hop are everywhere.

The local football pitch is named “California” after Tupac’s song “California Love.” Clothes reading “50 Cent” or “Thug Life” are commonplace, and Rihanna’s latest hits blare out from rusty radios beneath the mango trees.

While a fondness for American hip-hop is shared throughout West Africa (Tupac is nearly everyone’s favourite rapper), Guinea-Bissau’s unique cultural influences give it its own distinctive style.

A colony of Portugal until 1974, the small, West African nation maintains strong cultural and economic links to other Portuguese-speaking countries including Angola and Brazil.

People dress boldly and creatively, favouring bright colours (including lots of neon!) which stand out against the red earth and pale, concrete walls of the capital.

Bissau-Guineans seem far less conservative than their francophone neighbours Senegal and Guinea. Here, the semi-tropical climate and Portuguese creole give the country a Latin American feel.

Earlier this month I was covering the final day of presidential campaign rallies in Bissau, and I was inspired by the general originality with which people dressed. I felt remarkably uncool by contrast.

At an event for the country’s main party, PAIGC, I met Willpack Danfa, a young rapper from Mistra district, who was attending with some of his friends. After taking pictures at the rally, I went to Danfa’s house a few days later to shoot portraits of him, his friends and family around the neighbourhood.

They were initially shy but nearly everyone got into it, posing in their best outfits. I was even treated to some freestyle rap. 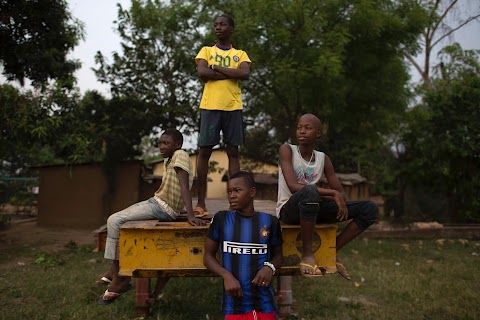 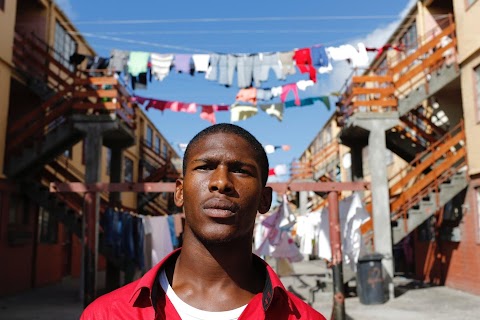