The period around Holy Week and Easter draws pilgrims from around the globe to Jerusalem, home to some of Christianity's most important sites.

Among the city’s many points of pilgrimage is the Church of the Holy Sepulchre, built in the place where many Christians believe Jesus was crucified, entombed and resurrected.

"I wanted to show the uniqueness of each worshipper."

Walking through the narrow alleys of Jerusalem’s Old City and visiting its myriad holy sites at this time of year is an even more vibrant and colourful experience than usual.

Born and raised in Jerusalem, I know these streets by heart. But around the time of Holy Week and Easter they take on a different tone, as people from all over the world converge on the walled city to visit its many points of pilgrimage.

As the crowds pour through the streets, often moving in compact groups of regimented tour parties, I find myself observing the individuals. In this project, I wanted my photographs to reveal the separate people who can so easily get lost amongst the hordes that arrive in the run-up to Easter.

I chose to photograph them in the Church of the Holy Sepulchre, the most famous church in Jerusalem, if not the world, which is built on the site where many Christians believe Jesus was crucified, buried and resurrected.

I wanted to show the uniqueness of each worshipper and I persuaded several individuals to leave their tour groups and stand, for a moment, in a quiet corner of the normally teeming Church.

It was often difficult to explain what I was after, because many of the visitors do not speak English and were naturally wary when approached by a complete stranger.

But eventually, with patience and persistence, I found enough people who were willing to give me a few minutes and whose images reflect, to a degree, the amazing variety of pilgrims who flow through the city at this time of year.

One of the people I photographed, whose personal story stuck out, was Yakov, a Christian from the United States. He has been visiting Jerusalem on a regular basis for the past four years and during the time I spent in the Church I came across him a number of times.

We ended up having coffee together and I got to know him a bit better. A somewhat nomadic character, he is nicknamed “the Jesus guy” and walks through the Old City, barefoot and wrapped in a woollen blanket.

His distinctive look means that he has become a well-known character in the Christian Quarter, and something of a tourist attraction in his own right! 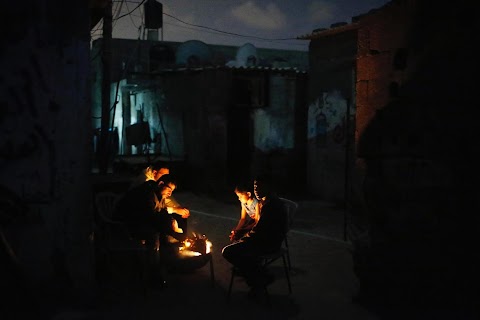 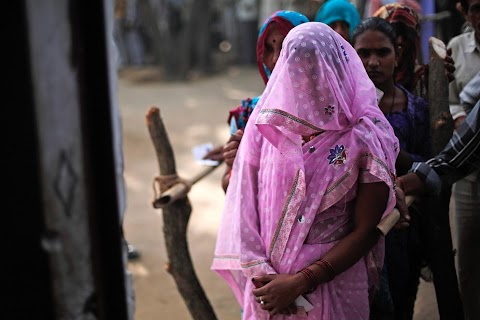