A bull stands bathed in infrared light, used to relax his muscles, at an artificial insemination centre in the Austrian village of Hohenzell.

His life revolves around sex – although not with the females of his species. The bull is one of many at the centre that regularly mount either an artificial cow or another bull so that workers can collect their semen, which is sold around the world for breeding purposes.

“Sure, you can come and take pictures. We don’t have any secrets here and you will have a very special view of the sex life of breeding bulls nowadays,” Josef Miesenberger, head of the artificial insemination station in Hohenzell, told me on the phone when I asked to shoot a story about cattle breeding in Austria.

One might imagine that cattle breeding involves green grass, a few trees, and a cow and bull coming together in their natural environment, doing what they have done to procreate since the dawn of time.

But when I arrived at the insemination centre near the village of Hohenzell at six in the morning, I saw a farmhouse-like building with huge barns and a laboratory inside.

Johannes, one of the bull keepers, showed up and let me in. I had to change into green overalls and boots before I was allowed to enter the barn with about 50 breeding bulls.

The smell of the animals hit me with intensity and my lenses fogged up immediately because of the high humidity levels inside. I could see Austria’s most expensive and exclusive breeding bulls having breakfast.

Josef, another bull keeper, told me to act like a bull keeper too, and not to take any pictures since the bulls were very sensitive if they didn’t know the people in their barn. After a while I started to take some shots and the bulls just looked as if they were wondering what was going on.

At 7:30 everything was ready for a procedure during which sperm would be collected in a special hall next to the stable. Every bull has to provide sperm on Tuesdays and Fridays, twice a day with a short break in between.

Since the bulls weigh 600-1100 kilograms (1322-2425 pounds) they could easily harm people standing next to them. There are iron poles between the wall and the “jumping” facilities where you can hide in case a bull decides to run away rather than provide sperm.

The animals have to jump on either an artificial cow or on another bull to ejaculate; it depends on what the bulls prefer. I was told to be careful and to always keep an eye on them.

After a while, younger and smaller bulls reported for duty. They walked around checking the artificial cow, walked back to check out the bull pretending to be a cow, walked around one more time and then, all of a sudden, one jumped on his colleague and wanted to have intercourse.

Franz, the veterinarian, leapt to his side to intervene and collect the semen. The whole act took just a few seconds and I nearly forgot to take pictures. Franz looked in the tube and said: “Oh well, not too much, this is a young one. Wait for our superstar called Wille, he will show up soon.”

Then Wille, born in April 2006, arrived. Johannes had him on the rope and they walked around very slowly. Wille weighs around 1100 kilograms (2425 pounds), so he is too heavy to mount other bulls. He has to use the artificial cow.

Wille sniffed the object of his affection, moved back, moved forward, moved back and all of a sudden, jumped. Franz, the doctor, grabbed the bull and tried to direct his sperm into the artificial device he was holding in his other hand.

Sperm was flying around, hitting the doctor’s face, but finally he got a good portion of it in the glass. Proudly he showed it to me, blinking because some of it was in his eyes.

So far Wille has produced 375,000 portions of semen, worth a total of over 5 million euros ($6.5 million), which is sold worldwide for breeding purposes.

Franz gave the glass to Lambert in the laboratory so he could check the quality and quantity before it was frozen. Lambert took a drop and looked at it under the microscope. Afterwards, it would be diluted and allowed to rest at 4 degrees Celsius (39 degrees Fahrenheit) for some hours.

Later that day, the diluted specimen is loaded into small, green plastic tubes with the name, date and number marked on them and frozen in liquid nitrogen at a temperature of minus 196 degrees Celsius (minus 320 degrees Fahrenheit).

Georg, the head of delivery, checked the orders of various clients, and packaged specimens into smaller containers for delivery by car or plane.

While I was standing in the laboratory, all the bull keepers – Johannes, Peter, Josef and Franz – showed up and invited me over for a drink after a hard day of interesting work in the insemination centre. Then we went home to see our children – a pleasure the bulls of Hohenzell will probably never enjoy. 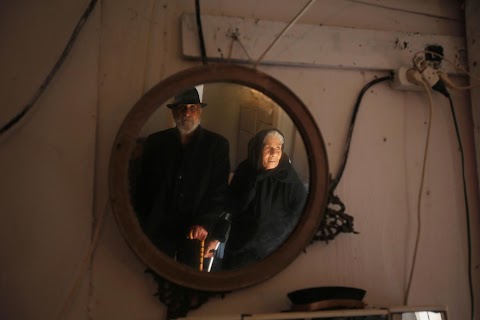 The limits of austerity 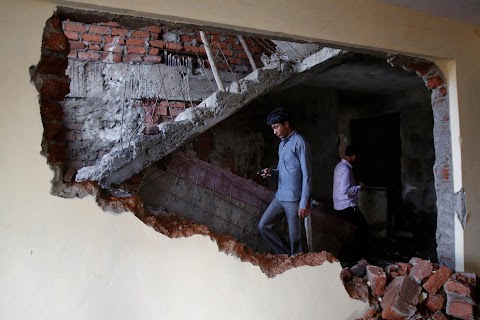 Life in a death trap