Twenty-one-year-old French twins Vincent and Thomas Seris lead an ordinary life no different to others their age – as long as it takes place after sunset.

During the day, the men only venture out in attire resembling astronauts to protect themselves from the sun and its ultraviolet (UV) rays, or risk developing fatal types of cancer.

"I decided to find them without knowing if they had survived."

They wait for me on their doorstep. It’s raining in Bordeaux, and droplets gather on the visors of their helmets.

The twins, in their early 20s, grin broadly as we meet. They are seemingly ordinary youths, but their broad smiles conceal their true condition. They are the “Children of the Night,” suffering from Xeroderma Pigmentosum (XP) – a sensitivity to sunlight and its ultraviolet (UV) rays.

Born with this genetic disorder, Thomas and Vincent are doomed to live after sunset and must wear attire resembling astronauts during the day.

I knew little about the twins before our meeting. I recalled a picture from a magazine when they were children, their faces hidden behind ski goggles and face masks.

They were seven or eight years old at the time, and were dubbed the “Children of the Night” or “Enfants de la Lune” in French. I decided to find them without knowing if they had survived what is often a fatal genetic disorder.

They share a small apartment near Bordeaux, where the windows are covered with an anti-UV film as are the windows of their parents’ car and the classrooms at the university where they study – Thomas art history and Vincent mechanical engineering.

A simple swim in the nearby ocean always takes place at night, otherwise they’re covered from head to toe when the sun shines.

Their world is one of total protection during the day and their life at night governed by certain conditions. The safe removal of their protective helmets and gloves can only take place after checking the readout of their electronic UV meter to verify the UV light level.

I was apprehensive about whether these twins would allow me to enter their world. Long weeks and many exchanges passed before I took out my camera.

Despite their protective visors, I discovered that they’re neither astronauts nor fighter pilots, and for several days these young adults accepted me into their world.

Little by little, I modestly engage these “XP,” as they call themselves. I discover with surprise that others do not look directly at them, nor do they approach them.

We walked in the street, took public transport and each time I attempted to take a picture, people averted their eyes. Whether at a supermarket or at university, people look away.

I try to work simply, respectfully and tenderly, because they deserve it. But there is an air of hope in these young men who have never had the sun caress their skin.

My approach as a photographer was to go beyond the twins’ modesty to portray a normal life of two men who lead a fight against sunlight, as do the 80 other people in France who share this rare condition. 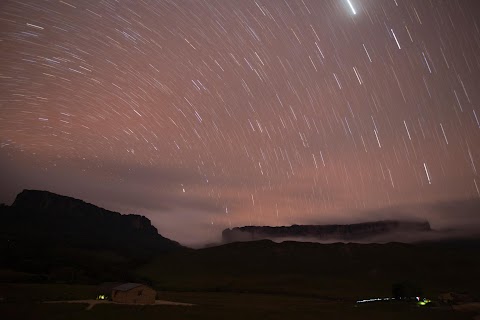 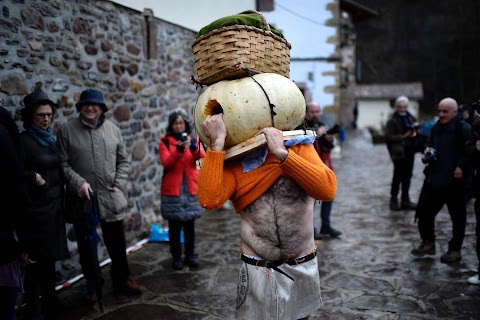