For Reuters photographer Carlos Barria, covering the Australian Open’s often lengthy matches is also an opportunity to capture the tournament’s unusual, out of the ordinary and quirky moments.

Thanks to a bit of luck, probability and perseverance, Barria shot this image of a small bird flying above Russian tennis player Maria Sharapova as she prepared to serve.

"There was a magic moment where probability, luck and perseverance came together."

It can run from about 30 minutes to six hours or more. During that time, and when you have to photograph several games a day, there’s plenty of time for distractions.

On my first day covering the 2015 Australian Open tennis tournament, positioned on "the catwalk" – the metal structure that surrounds the stadium's roof – I noticed an unusual, at least for me, activity of birds flying above and into the stadium.

I looked closer and noticed the birds were eating insects flying about, creating a colourful scene as they flew around the stadium.

I was told by my colleagues that they have a competition amongst themselves every year to see who can shoot the best picture of a bird and a player in the same frame, so I decided to give it a go.

I tried a simple approach first. I looked at the player with one eye through the camera, and kept the other eye open for a bird peripherally. It wasn't easy. I got just a couple of frames and the birds were out of focus.

Then the challenge: How to get a bird in perfect focus with a player in the same frame?

So I tried the reverse approach: I followed the birds as they flew over the stadium, hoping to catch a player at the same time. But even with a Canon 200-400mm 1.4x lens and a Canon 1Dx camera, which are the top of the line, it was difficult.

The birds in this case are very small proportionally inside the frame, and they fly fast over a variation of different backgrounds which makes it almost impossible to follow with auto-focus.

Then I remembered something a friend once told me about statistics.

He told me a story about moving objects and the probability of two objects colliding. He gave the example of two people moving randomly around an airport – they have a greater probability of meeting if one stands still and the other moves.

In tennis, the moment the player serves is when they stay sill for a few seconds. So my idea was to focus on the player and then wait for a bird to cross my line of vision.

I moved the focus ring on my lens backwards randomly every time I saw a bird coming across the frame, within the range of 20 to 50 meters.

I tried this for several days, and then it happened. After nine days, during a game between Maria Sharapova and Eugenie Bouchard, there was a magic moment where probability, luck and perseverance came together. The bird was in focus as Sharapova prepared to serve.

At the next game, as Tomas Berdych of the Czech Republic served against Rafael Nadal of Spain, two moving objects actually met in time and space, and I was able to catch a bird and a player in the same frame while both were in motion.

Then, my friend and editor David Gray told me to "stop playing with birds, and concentrate on the game!" 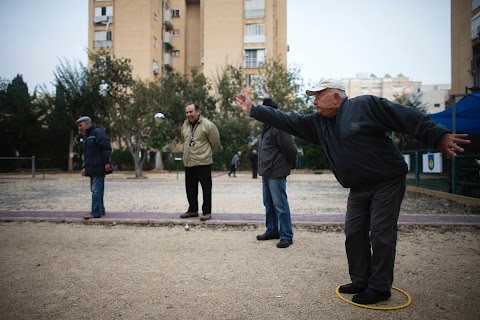 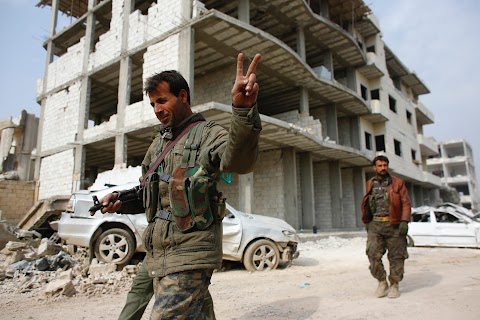