Seagulls dive for fish by the side of one of the last fishing trawlers still operating in Whitby, a windswept town in the northeast of England.

Whitby used to be a busy fishing port, but it has been hit by a combination of climate change, overfishing and European Union quotas, and now only about 200 people are employed in the fishing industry there.

His eyes fixed on the North Sea horizon, British skipper Howard Locker steers his boat far out to sea where he hopes to stumble on enough fish to save the day.

But things are not looking good for Locker - one of the last remaining trawler men in the north-eastern town of Whitby where fishing quotas, climate change and decades of overfishing have crushed the local fishing industry.

"The market has collapsed," said Locker, who has been fishing out of the harbour for more than 40 years. "When I was 16, I couldn't believe I'd be scraping a living like this."

"We are the last of the great hunters. A lifetime at sea. For what?" Locker added, as gusts of icy wind lashed his face.

Like Locker, most residents of this traditional fishing town are angry. And the focus of that anger is the European Union.

Negotiating fishing quotas with Brussels has long been a source of friction for Britain. The European Union sets limits on how much fish EU member states can catch every year, saying it helps conserve stocks and protect the health of the seas.

But in places like Whitby, home of centuries of seafaring, people blame the EU for destroying their livelihoods.

In the debate on whether Britain should leave the club altogether in a possible referendum by 2017, for many living off the sea, the answer is clear.

"Out. Definitely. I would want to be out of the EU," said Malcolm Ward, 56, a fisherman from the nearby fishing port of Scarborough, as he gulped down beer in a pub called The Newcastle Packet where fishermen have drank for generations.

"I don't know anyone who would vote to be in it," he added, as other fishermen, their arms adorned with faded tattoos of fish and anchors, nodded and repeated: "Out, out".

In this windswept part of Britain, where people have lived off fishing at least since Roman times, the shoreline is dotted with centuries-old fishing villages and towns.

The trade has gone though much turmoil over the centuries, including an 80-year-long obsession with whaling which dominated local fisheries in the 18th and 19th centuries.

The British fishing fleet is now one of Europe's biggest, employing more than 10,000 people - which makes the country one of the EU's top three producers along with Denmark and Spain.

But the future looks bleak, and the mood is dark.

Fish stocks are being depleted rapidly all over the planet and maritime economies are suffering across the globe because of over-fishing and climate change - unpredictable factors which, unlike EU quotas, cannot be resolved through negotiations.

"The change has been very dramatic. It's quotas and conditions that aren't making it worthwhile to do fishing here anymore," said Richard Lawton, Whitby assistant harbourmaster.

"Whitby fishermen might be the one group of people who would vote to come out of the EU," he added, speaking in his office cluttered with nautical almanacs and maps of the harbour.

Locals agree. "Years ago, that quayside was full of boats. It's a miserable fishing atmosphere now," said Steve Boocock, 32, a fish retailer. "People will vote to come out (of the EU)."

Once a bustling port, Whitby is now a shadow of its former self in terms of fishing. The harbour is empty and quiet. Flocks of seagulls swoop over a small fleet of rusty fishing boats. Only 200 people are left employed in fishing.

Landings of valuable white fish such as cod are down to about 10 percent of the total, as local fishermen try to diversify into prawn and crab fishing to make ends meet.

Ian Havelock, chair of the local town council's harbour committee, estimated the industry has shrunk by 85-90 percent from its heyday in the 1980s - which is when the EU started to impose quotas to help replenish North Sea stocks.

"I was brought up in the heart of the fishing area. It was so very, very different," said Havelock. "There were fishing families in just about every house. It was prosperous."

The town's survival now largely depends on crowds of tourists coming down to see the ruin of an imposing Gothic abbey perched on a steep cliff top - a moody place said to have inspired Bram Stoker's 1897 horror novel, Dracula.

The fishermen say climate change has also been a big factor. Global warming has expanded fish habitat northwards, with stocks sometimes disappearing from the waters off the Yorkshire coast for weeks on end. Boats return at dawn with largely empty nets.

Often schools of fish reappear unpredictably, resulting in bumper catches and much jubilation - but then EU quotas kick in, forcing skippers to dump the excess catch in the sea to avoid hefty EU fines.

Unable to make money from fishing, many fishermen rely on jobs guarding offshore oil and gas pipelines. Ironically for a town which blames the EU for everything, this has attracted intrepid job seekers from the EU itself.

"Before, they used to go out on ships like this to fish. But now people like me are taking over. The industry here is dying."

The EU may be an easy scapegoat, but some fishermen do concede it is probably decades of unrestrained over-fishing, climate change and other factors that are to blame.

"Five or seven years ago we had about 28 trawlers around here. There is about two now," said Joe Storr, 58, whose family has been in fishing for generations. He recently gave up white fishing, making ends meet by catching lobsters off the coast.

"At the end of the day, a lot of it is self-harmed. I think they've slaughtered it really. ... The fish isn't there now."

Back onshore in Whitby harbour, an old metal box with the gold stars of the EU flag greets fishermen coming back from sea - this is where log notes detailing their daily catch levels are collected by maritime authorities enforcing EU rules.

Many scoff at the sight. "I am not European. I am British," said Locker the skipper as he steered his boat into the harbour.

He showed a crumpled piece of paper where he had scrawled his monthly quotas: 400 kg of monkfish, 1.25 tonnes of cod, two tonnes of haddock. As he spoke, a lone seal played in the wake of his boat, hoping for a share of Locker's catch.

The EC says it is aware of the plight of local communities.

It has proposed to reform its quota system to introduce a new concept known as "maximum sustainable yield" which replaces annual quotas with multi-year plans that would help conserve stocks while giving fishermen more opportunity to make money.

"By bringing fish stocks back to sustainable levels, the reformed policy will bring new prosperity to the fishing sector and end its dependence on subsidies," said a spokesman for EU fisheries commissioner Maria Damanaki.

Officials say decades of overfishing have cut the profitability of up to 40 percent of EU fleets, and a lull in fishing for a few years would allow stocks to recover.

But for men like Locker, business is barely profitable. "It's just not viable. For the last 20 years all the government and the EU have done was, cut, cut, cut, cut quotas," he said.

For now, he is worried about his son who wants to make a career out of fishing. There is no future in it, Locker said.

"He said he wanted to go fishing. I could've killed him. Honestly. And he loves it," Locker said with joking frustration as he looked at his son from the window of the skipper's cabin.

"I have a little grandson, two-year-old. If he ever thinks of buying a (fishing) rod, I am going to hit him with it. I am." 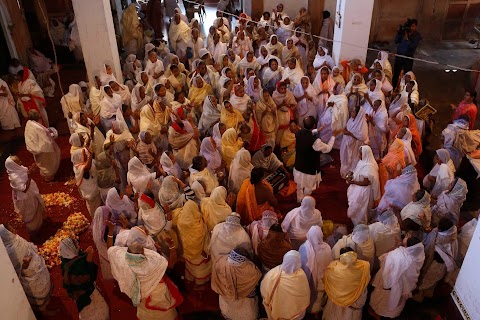 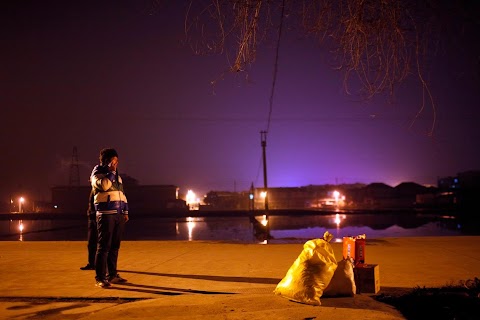 Long road to travel for a migrant worker