China's ruling Communist Party has unveiled its new set of leaders – a group of men who will steer the world's second-largest economy for the next five years.

A panoramic view of the 18th National Congress of the Communist Party of China, which took place at the Great Hall of the People in Beijing.

Cagey, colourless and controlled, China's next generation of Communist Party leaders presented themselves to the world on Thursday, ending months of speculation about the backroom politicking for heading the world's most populous nation.

Xi Jinping, who took over as Communist Party chief from President Hu Jintao, unveiled the standing committee in Beijing's Great Hall of the People - the climax of a tense drama in which almost all the action has taken place off stage.

The reporters invited to the ceremony peered over rows of poinsettias to count the number of black number markers stuck on to the elevated stage - seven, for the seven members of the committee, down from nine five years ago. Even that number was being speculated on until then.

The secrecy and the guessing game lasted until the final hour. Asked which side of the room the new leaders would walk in from, a security official said gruffly: "Sit down, you'll find out later."

While waiting, a government worker whispered to his colleague: "I'm going to predict who they are. Xi, Li ..." counting them off his fingers.

The ceremony, due to start around 11:00 a.m. (0300 GMT), did not begin until about an hour later. A spokesman took the microphone and led applause for the seven men, who, one by one, filed out from behind a wood and lacquered screen, painted with two white cranes perched on trees.

They marched single file in order of their rank to their places on the stage to the flash of cameras. Xi led the parade, wearing a dark blue suit. The six trailing behind also wore dark blue suits, all but one set off by red or maroon ties.

Xi took to the podium and apologised for "keeping everybody waiting", while his team stood stiffly at attention against a backdrop of a painting of a mist-covered Great Wall.

As Xi introduced his colleagues, addressing them each as "comrade", each man stepped forward. Most of them gave a slight bow. Li Keqiang, ranked No.2, gave a little wave, like an awkward monarch.

"I believe their names are familiar to you," Xi told the room full of reporters.

Throughout the ceremony, most of the leaders appeared less than comfortable. Only Xi looked relaxed. He delivered a speech in standard Mandarin for about 20 minutes, eight minutes longer than Hu's speech in 2002, that was devoid of the strong regional accents, jargon and ideology often employed by his predecessors.

The brief and carefully choreographed ritual, a ceremony that only started to be open to the foreign media in 1987, gives the world the first glimpse of the people who will steer China for the next five years amid rising discontent and economic uncertainty.

"It's an effort to introduce the new leadership to the world, to provide at least the veneer of an open decision process, that they're subject to interaction with the press," said Chris Johnson, of the Center for Strategic International Studies in Washington.

But it was only Xi who spoke and no one took questions.

"I hope you will continue your efforts to deepen mutual understanding between China and the world." 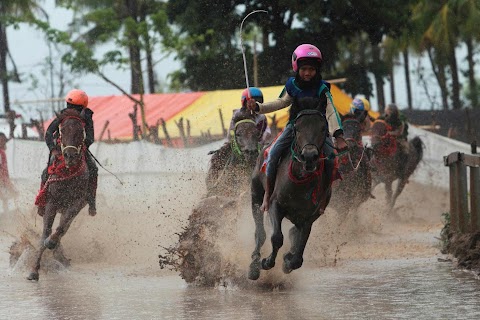 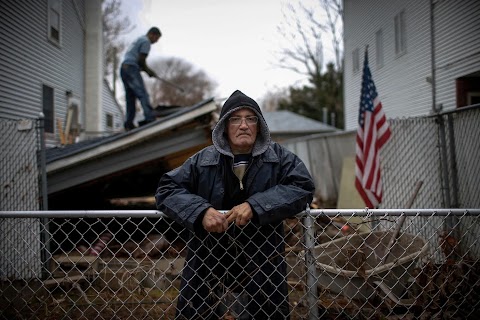