Both the landscape of Staten Island and the people who live there bear the scars of Hurricane Sandy, which battered the area with a 13-foot storm surge, destroying hundreds of homes and killing at least 23 residents.

Paul Hernandez, posing in front of the collapsed remains of his house, said he and other locals were angry with New York City officials for not doing more to protect their neighbourhood from the storm.

"Many people who did not evacuate found themselves in what one resident described as a giant washing machine of homes, debris and wind-driven ocean."

As New York braced for the arrival of Hurricane Sandy, I was in California for a long-planned personal event. But I wasn’t about to miss what was shaping up to be a major story. I was determined to get back.

I found a United flight to Detroit that was still listed as “on-time.” How far a drive would that be to New York? 10 hours? Through a hurricane…? I’ll take it, I thought. Seven hours later I was on the ground in Michigan driving through the night towards New York as winds howled and Sandy was coming ashore. I made it back to a region knocked to its knees by this storm.

The next seven days were a blur of finding and photographing those who had been worst hit and hunting for gas to keep our vehicles going. I found myself mostly covering the stricken borough of Staten Island, where at least 23 people died.

As I met more people and was invited to photograph what was left of their homes, I became interested in just who they were. I began trying to use portraits to put a face on this tragedy as I moved through the area documenting the results of the storm surge.

I decided to ask all my subjects – I photographed more than 30 for the project – to look into the camera. I felt that a completed set of pictures along with a short written piece about each person could perhaps put more of a human face on the disaster.

From these interviews I learnt that many people who did not evacuate found themselves in what one resident described as a giant washing machine of homes, debris and wind-driven ocean.

I worked to document some of the amazing stories people told me of survival and loss. Take Lisa and Eddie Perez (same surname but no relation) from Oakwood. Both were swept away from their homes as they desperately tried to escape rushing waters at the height of the storm. The two eventually helped each other from the waters – which were above head height – into a tree, saving their lives.

Dominic and Sheila Traina of New Dorp Beach told me that the house where they had lived for 43 years and raised their four children was demolished to a pile of rubble.

Patrick Zoda of Midland Beach was one of the very first New York City fire fighters to enter the north tower of the World Trade Center after the 9/11 attacks, escaping just moments before its collapse. He found himself trapped inside his own home as Sandy struck. He told me floodwaters forced him to escape through an open front window as water poured into his house. The waters reached the ceiling and he was forced to wade and swim blocks inland before finding dry ground and safety.

I hope that with this set of portraits and their accompanying stories, readers will get a different perspective on the victims of devastation in Staten Island. This is just one of the thousands of communities throughout the region that will feel the effects of Sandy for years to come. 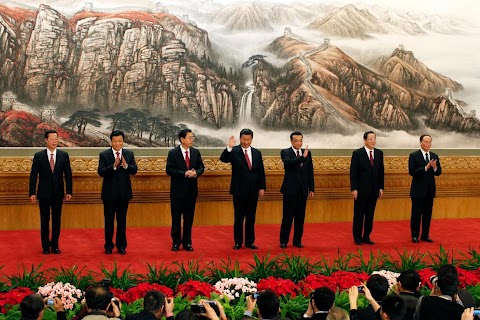 In charge of China 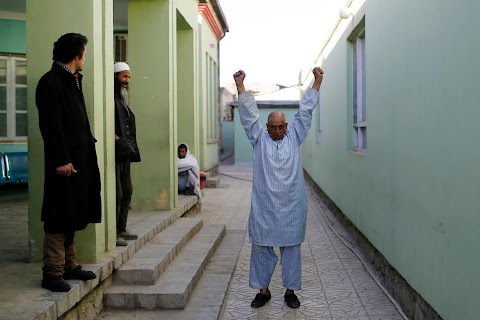 The mental toll of war