The folded piece of paper with a photo of a four-month-old baby tells a story that will loom over Turkish President Tayyip Erdogan and his Chinese hosts when he visits Beijing this week.

Baby Arife is a Uighur, one of thousands of members of China’s Turkic language-speaking Muslim ethnic minority who have reached Turkey, mostly since last year. That has infuriated Beijing, which accuses Ankara of helping its citizens to flee unlawfully.

Uighurs fleeing China say they are escaping repression by the Chinese authorities.

"You can't pray. You can't keep more than one Koran at home. You can't teach Islam to your children. You can't fast and you can't go to Hajj. When you're deprived of your whole identity, what's the point?" said another Uighur refugee, also named Sumeyye, covered from head to toe in a chador, who fled to Turkey last October with her three children.

"They don't allow us to live as Muslims."

Nationalist Turks regard the Uighurs as ethnic kin in peril and believe their government should do more to help them.

China denies it represses the Uighurs and says their freedom of religion is respected. It accuses a group called the East Turkestan Islamic Movement of waging an increasingly violent campaign for an independent state in Xinjiang and says the group is recruiting followers to train in the Middle East.

Uighurs themselves acknowledge that some members of their community have crossed from Turkey to fight alongside Islamic State militants in Syria, but say this is a small minority.

Huseyin said he left Xinjiang in early 2014 after being told his brother, sick and imprisoned without trial since 1998, would not be allowed to see a doctor and would not leave jail alive.

"We were born into a life of oppression," said another refugee, Omar Abdulgaffar, 44. "Our parents have gone through this and I thought...why should my children go through it too? So we escaped.” 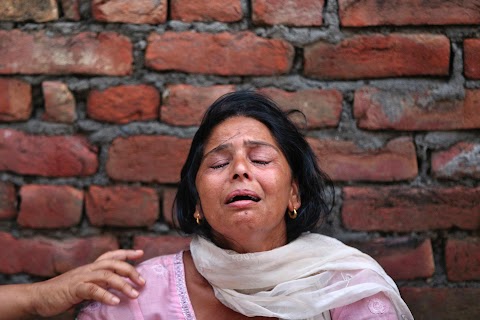