From wearing a watermelon as a mask, to rollicking ecstatically in a mud pit, almost anything goes at the Woodstock Festival at Kostrzyn-nad-Odra, a Polish town on the German border.

While this might sound like many other big music festivals, this one has something that makes it stand out: it is organised by a charity and the hundreds of thousands of attendees who take part in the revelry get in for free.

"Only when I saw a possible picture did I dive into the mess."

It was a sweltering hot day and already late in the afternoon when I reached the small Polish border town of Kostrzyn-nad-Odra, home to the Woodstock Station rock festival.

As I made my way along a forest road towards a military base on its outskirts, I passed scores of bare-chested men who lay dotted around in the shade, having clearly succumbed to a mixture of heat and hard liqueur.

I approached the throbbing roar of guitars beyond the forest with some apprehension, believing I was in for a night of testosterone-induced aggression. I couldn't have been more wrong.

When I stepped out into the clearing I found myself at the edge of a mud mosh pit the size of a tennis court, with a few dozen boys and girls in swim suits going absolutely bonkers to the sound of a Polish punk band. Beyond it there was the main stage towering over a billowing cloud of dust thrown up by thousands of dancing metal-heads who were going equally off the rails.

Those in front of me chased one another through the knee-deep murky water, tipping each other over (girls were the preferred targets), and rolling around in the sludge in what looked like Mad Max fighting scenes. Every so often groups would be overcome by a communal fit of exercise mania and organise themselves in circles to do push-ups or crawl, military style, across the pit.

All right, I thought. This is not a moment to be a distant observer. I put one of my two cameras into my watertight rucksack (which I carried in anticipation of a summer thunderstorm) and stepped right in, braced with my wide-angle lens.

The challenge was to keep the thing dry, which I managed more or less by holding it high up in the air. Only when I saw a possible picture did I dive into the mess, fire a few shots and lift it up again. A few people came up to me, telling me I was crazy. “Well, that's a question of definition,” I replied.

Ten minutes later I was drenched and it was time to explore the rest of the festival ground. The level of craziness didn't tail off, but the overall mood was very peaceful and surprisingly photographer friendly. No offence to my compatriots, but at German festivals people have the tendency to become overly pushy, if not aggressive, when alcohol and fun take their minds to ecstatic heights. But here my camera elicited only smiles and embraces.

The promise of a good time at one of Europe's largest non-profit festivals must be the reason that some 100,000 Germans travel across the border each year to join their Polish neighbours for a weekend of rock, punk and reggae, contributing to the audience of hundreds of thousands that attended this year. I believe that over this weekend people from the two countries make more contact, spiritually and bodily, than any official German-Polish friendship programme could ever achieve.

The festival is the brainchild of Polish journalist and social campaigner Jerzy Owsiak, who some say is the second most famous Pole after Pope John Paul II. He initiated the festival to say thank you to those who donated money to his GOCC charity organisation for child medical care.

Entry to Woodstock Station is free of charge, all staff are volunteers and bands are merely paid expenses and a symbolic fee. Owsiak says he wants to keep the character of the festival non-commercial but is also clear about who runs the show: “I like democracy, but I am the boss. That's why everything works,” he said in an interview with the German newspaper TAZ. 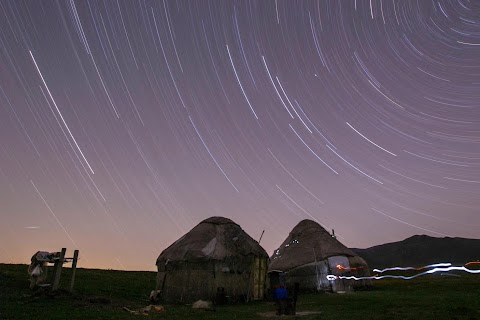