A boy stands beneath the shadow of a ger, a kind of traditional nomadic tent, in the Mongolian capital Ulan Bator. He is in a ger district - the name for the haphazard settlements that have grown up around the city and are now home to some 60 percent of its population.

These areas have expanded rapidly as more and more Mongolians leave the countryside in favour of urban life, and residents often lack proper access to basic services.

"From Otgonseren’s Ger, the view of the downtown area is spectacular, but living conditions are harsh."

As the sun tucks behind the hills near the Mongolian capital of Ulan Bator, 32-year-old Baljirjantsan Otgonseren walks out of her “Ger,” a traditional Mongolian tent, looking for her daughter. The girl is watching the last sunbeams of the day stretch over the settlement known as the Ger District — a sprawling residential area that has grown so fast in ten years that it has evolved from a transient slum to a legal residential zone.

Like many other residents, Otgonseren and her family migrated from the grasslands to the capital looking for better opportunities. They left behind a traditional nomadic lifestyle in favour of city life and a shot at participating in their country’s rapid economic growth.

Recent natural disasters have played a part too. For example, the 2010 “Zud,” a Mongolian term for an extremely snowy period, helped convince many to settle in one place for good.

According to a 2010 National Population Center census, roughly 30,000 to 40,000 people move to the capital every year. As a country, Mongolia is considered the world’s least densely populated nation, with 2.8 million people spread over 1.5 million square kilometers (580,000 square miles).

At the same time, Mongolia’s capital faces one of the biggest housing shortages in the region, with 60 percent of the population living in the Ger District. In many cases, residents have difficult access to water, sanitation and basic infrastructure, according to data from the World Bank.

Residents in Ulan Bator point out that Ger communities tend to grow faster during the year after a hard winter. In 2010, when a severe winter killed 4.5 million animals across the Mongolian steppes, many herders faced devastating losses. That winter about a tenth of Mongolia’s livestock died, as deep snow cut off access to grazing and fodder. The 2010 “Zud” was the worst for years, with temperatures dropping to minus 40 degrees Celsius or below (minus 40 degrees Fahrenheit) in 19 of Mongolia’s 21 provinces.

As a result, impoverished herder families flocked to the slums on the outskirts of Ulan Bator, straining the city’s ability to provide basic services. From Otgonseren’s Ger, the view of the downtown area is spectacular, but living conditions are harsh. She and her two daughters lack running water or paved roads.

In winter, with temperatures that fall to minus 30 degrees Celsius (minus 22 degrees Fahrenheit), the only option for the majority of the residents in the Ger district is to burn coal in iron stoves to keep warm, turning the blue sky dark, and transforming Ulan Bator into one of the world’s most polluted cities, according to the World Health Organization. 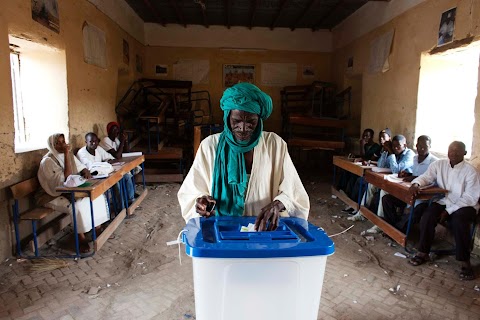 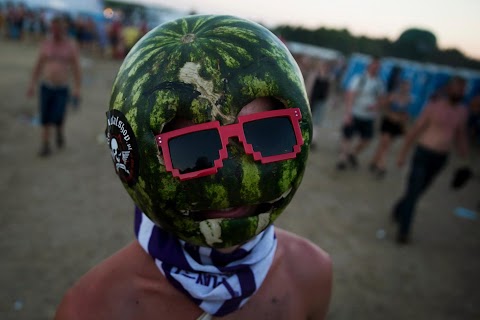