For some, home is wherever you hang your hat. For Oscar Almaguer, it is wherever he parks his 1967 Volkswagen Beetle.

The 83-year-old has lived in his car for 10 years, ever since he divorced his wife and was left with no money for a place of his own. Despite the cramped conditions, he has grown attached to the Beetle, and has rejected the offer of a more traditional home from his daughter.

Putty covers the gap where the car radio used to be.

"Home is the place where you feel free, where ideas can flow, and where life smiles at you"

Finding a place to live and making it your own is sometimes the only way of coping in a life full of surprises, hardship, sorrow and joy. It’s amazing how some people are able to make themselves comfortable in any space and under any circumstances.

I first heard of Oscar Almaguer, or Don Oscar, from a local TV program. His was a somewhat misconstrued tale of an 83-year-old man who had been living in a battered VW Beetle for the last ten years. To me, Don Oscar’s story seemed like the perfect chance to show life’s full range of social complexities, and I thought it would make an interesting picture essay.

In this era of economic hardship, it’s not uncommon for people to live in their cars after falling on hard times. But Don Oscar’s story is a little bit different. He and his wife got divorced ten years ago and sold everything in order to split it between them. But instead of leaving him with half, she disappeared with everything, or almost everything.

What she did leave him was their 1967 VW Beetle, a car known here by the Mexican nickname “Vocho.”

Devastated, with no money to buy or rent a place of his own, Don Oscar had no alternative but to start living in the Beetle. His monthly pension of 2,000 pesos ($153) is barely enough to buy food; new clothes or shoes are out of the question, and a cell phone is an inconceivable luxury for him.

One of his daughters, with whom he was reunited several years ago, said he could lodge with her, but he only takes her up on her offer every once in a while.

When he does, he parks his car in her garage and enjoys a shower, uses the kitchen, sits in a chair, and watches TV. For me it’s a bit difficult to understand, but I guess he has grown so fond of his car as a place where he has his own private space that he prefers it to living with someone else.

People have offered to buy the Beetle, but he has always refused to sell. One day a man with 10,000 Pesos ($765) cash in his hand tried to convince him. People still ask him at times, “Hey, how much for the Vochito?” but he ignores them.

Thirty years ago he used to drive a 1976 AMC Gremlin, but somebody told him that it wouldn’t last that long, and the car was discontinued. That same year, someone offered to swap cars with him and he thought it would be a good deal to exchange his Gremlin for the older Beetle.

The maintenance that has been done on the now 46-year-old Beetle is basic. The uneven colour and texture, which hide the original paintwork, come from several layers of regular, oil-based paint, which Don Oscar applied himself with a brush.

Almost none of the car’s parts are original. The wheels are from another Volkswagen model, as are the seats. None of the locks work, and instead he has installed padlocks or bolts. To start the engine, he short-circuits two wires located under the bonnet. Even the engine comes from another, more modern VW Sedan. For a gearshift, he uses a plastic bathroom pipe.

Don Oscar keeps all his possessions in the car and stores his blankets in the space where the front passenger’s seat used to be. He turned the backseat into his bedroom, and just behind it is his closet. His cutlery and a plastic cup are stored in the frame underneath the roof, and he uses the hollow doors to store a saltshaker, a bottle of hot sauce, and a container of coffee.

Don Oscar’s daily routine is that of a very lonely, elderly man. He is not particularly fond of people and only talks to others when they give him food or money. He lives his life day by day, and only drives his car between the soup kitchen, the auto shop and the church, which are all in the same neighbourhood.

Some years ago, I learned that home is the place where you feel free, where ideas can flow, and where life smiles at you. That’s true, even if your home happens to be a Vocho. 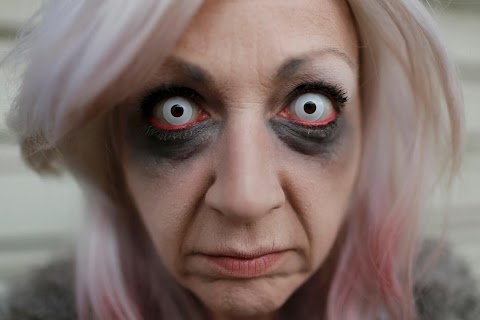 We all have a dark side 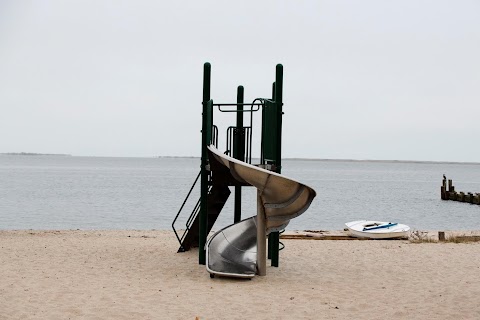 Superstorm Sandy - one year on