Pakistan’s population of around 180 million is the sixth largest in the world and over a fifth of those inhabitants live below the poverty line, according to the World Bank.

In the slums of Islamabad, the harsh conditions experienced by many are evident. Reuters photographer Zohra Bensemra documented daily life in the area.

"Despite the desperate poverty, there are moments of stillness and beauty in the slums."

There are so many slums in Pakistan, and they can be home to all sorts of communities - Christians, Shi'ites, Afghan refugees, or Pakistanis fleeing violence or seeking jobs.

But whatever their background, they all face the same struggles in their daily lives. The divisions of religion and nationality are less important than finding clean water, a space to study, or a battered toy for a young child to play with.

Working in these areas requires great respect for the residents, and the photographer must be aware of cultural taboos.

Photographing women is very difficult. There have been several cases where women have been killed because a photograph or a video showed them clapping, laughing or singing. If someone in the slums objects to me taking a photo, I will delete it immediately. It's not worth making them suffer for an image.

For me, a picture I shot of an empty pink party dress represents the struggle to show many Pakistani women through photography. They may have a good time or wear bright colours but you will rarely be allowed to record it. The dress shows a woman's presence by her absence.

Sometimes, as a woman photographer, I am welcomed inside a house. Once a woman invited me inside but a young boy, maybe 9-years-old, came and stood in front of the camera. The child's decision overruled the decision of the grown women around him.

Despite the desperate poverty, there are moments of stillness and beauty in the slums. Afternoon sunshine suddenly paints a mud house gold. Two women walk in front of it and the water reflects them.

The children can make anything into a toy - an old rocking horse, an abandoned plastic crate, a wheelbarrow. When I'm shooting, I become the toy as well. Scores of them will follow me through the narrow lanes, shouting with enthusiasm.

It makes it very hard to get natural, unposed pictures, so you have to be patient and sometimes play games with them. Sometimes I will take their group picture and then turn in the opposite direction for a quick shot. Often you need to return to the same spot several times. Sometimes I just have to sit with them on the ground until they get used to me.

One thing that always amazes me is that no one complains about their difficult life. I have worked a lot in the Middle East, where people in similar conditions would be furious. Here, people seem far more accepting. They smile and make jokes.

Pakistan has plenty of problems. The average daily wage for an unskilled labourer is just a few dollars. Inflation is high and the average number of years spent in school is only five.

But people are determined to make their lives better. Even the shy girls of the slums are studying behind their rickety mud walls.

Every time I go to the slum I thank God for the opportunities I have. I hope the girls there can also have a chance for a good life. 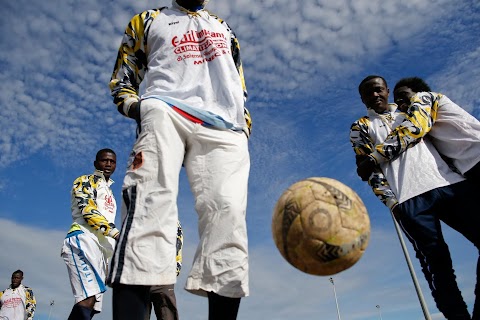 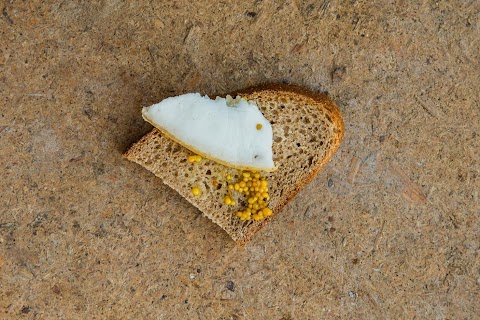