There is nothing strange about the sight of people partying in the trendy east-London neighbourhood of Hackney.

Nothing, that is, except that these clubbers are not dancing on a Saturday night, but on a Wednesday morning. They have come to Morning Glory, a club which operates once a month from 6:30 to 10:30 a.m., where attendees drink coffee and fruit smoothies and get down to high-energy music.

"I was met with smiles, high fives and even an invitation to dance."

Morning Glory is the antidote to a room full of rowdy, drunken party-animals lurching out of step to booming dance music. Here, sleepy-eyed clubbers queue up quietly in the early morning, some still in their pyjamas and dressing gowns, before filing into the venue.

Others wearing fancy dress stretch and warm up as they try to generate some enthusiasm in the pre-dawn gloom. Once inside the venue, patrons pick up a coffee or a smoothie, maybe do a little yoga or have a massage before the music draws them onto the dance floor.

Though it is a Wednesday morning, everyone is smiling as party favourites are mixed together by the DJ's. What starts as slightly sedate and sleepy dancing soon becomes full-on whooping, jumping, hands-in-the air partying.

Morning Glory is a pre-work club started by Sam, an events organiser, and Nico a massage therapist. After enjoying the traditional nightclub scene themselves, they were looking to start something alcohol-free and healthier, Sam said. The first edition of this once-a-month event took place in May 2013, and they have now moved to a larger venue to accommodate their growing following.

Morning Glory is definitely not a drunken after-hours party, nor is it an early-morning fitness class. Sam told me that the idea was to create an inclusive atmosphere and attract a broad range of patrons, from people working in the IT hub at Old Street, to city bankers, property developers, yoga teachers and art students. They have now received serious interest from abroad, she said, and are working on ways of taking the concept to other cities.

The DJ's high-energy house music keeps the patrons dancing, while other relax with yoga and massages on the sidelines. The whole experience brims with positive energy. I am much more used to being viewed with suspicion, at the very least, and usually downright hostility when photographing people in public settings in Britain. This was refreshingly different; I was met with smiles, high fives and even an invitation to dance.

Imagine a room full of people raving into the day in pyjamas, onesies and fancy dress. Sipping on a smoothie or a coffee, they set themselves up before heading off to work or study with a spring in their step and a song in their head. 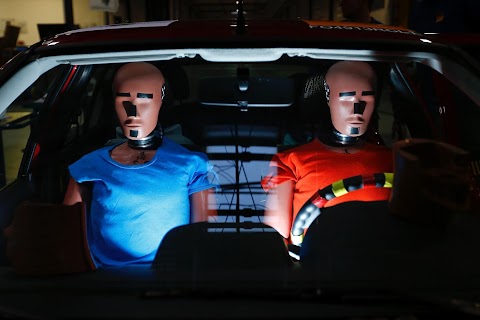 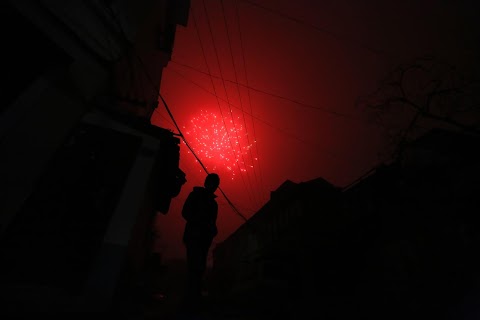 The Year of the Horse