Built in the 1930s to house Greeks fleeing Turkey, Athens' "Prosfygika" housing complex has gradually become a home for castaways of a different sort.

As Greece's six-year economic slump has increased the number of homeless to an estimated 20,000 in Athens alone, the complex is now a haven for squatters and drug addicts, as well as immigrants trying to cross into northern Europe through Greece's porous borders.

"I had to return again and again in order to complete the story."

Both as a photographer and a resident of this city, I have always wanted to explore the ghost buildings that stand semi-ruined on a central avenue of Athens, squeezed between the police headquarters and the Supreme Court, just a couple miles from the Greek parliament.

These blocks of flats, built back in the 1930s to house Greek refugees from Asia Minor, have not been taken care of for decades. They have been totally left to their fate.

The eight blocks of 228 flats, each about 160 sq feet (15 sq meters), catch your eye as you drive down Alexandras Avenue. While it’s quite simple to explain to someone what these rundown and graffiti-covered buildings are now, explaining how this place reached this point is more difficult.

The story starts when the children of the refugees began moving out some years ago, leaving behind their elderly parents who later passed away or abandoned their properties.

In 2001, the state bought almost all the apartments in the complex, and plans were laid to demolish the buildings and make use of the area differently, but these ideas were opposed by the residents. Finally, in 2008, Greece declared the buildings a heritage site worthy of protection, and all action froze.

These days, all kinds of people live in the flats. The diverse group ranges from original owners who have been there for over 70 years, to Greek families who squatted there after losing their homes during the economic crisis, to families from Turkey, Iranian political asylum seekers, and drug addicts.

Even though it owns most of the property, the state cannot kick the squatters out and even when their electricity or water has been cut off, most residents have managed to reconnect them again on their own.

The few legal residents who still live there have not been able to stop the flats from being taken over by squatters, who sometimes exploit the apartments by renting them out to others in need of a place to “hide”. Some users have died inside the flats, neighbours said.

Photographing in this environment was a real challenge. The squatters and residents were suspicious of me and the atmosphere was hostile – at times almost unpleasant. I had to return again and again in order to complete the story.

The failure to find a solution to the problems this area faces has left the Bauhaus-style apartments with no protection at all. Even though they have officially been declared “protected”, no one has restored or properly maintained these historic blocks. The legal residents refuse to leave or sell their property and oppose any demolition of the buildings or a change to the character of the neighbourhood. Meanwhile, others are taking advantage of the lack of state presence.

The situation seems really sad – some of the people living in the squats are very young and struggling to find their way. An image I shot of an immigrant smoking inside his almost bare, tiny apartment, seemed to sum up their desperate condition.

Now, it seems to me like both sides are waiting for a magic solution, for something to change without affecting anyone or anything. And everyone else, looking at this from a distance, has become used to the situation as yet another example of history fading away rather than being protected for future generations. 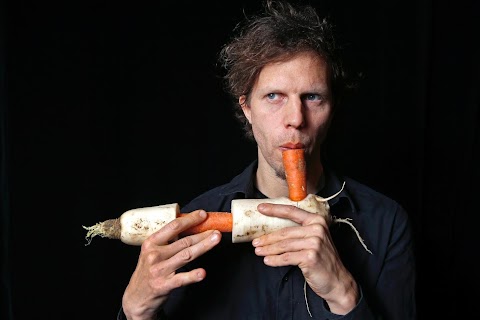 A taste for music 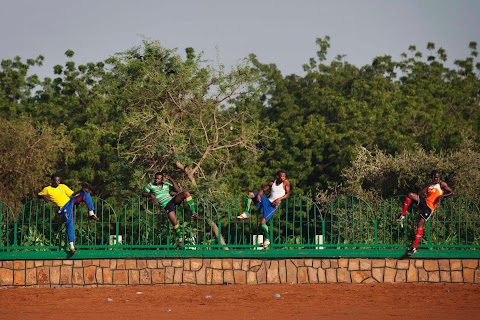