Reuters photographer Aly Song was on assignment in the Chinese province of Henan, when he spotted a village kindergarten and went in to take pictures. The next day, his pictures were widely published in Chinese online media, and some people began criticising the authorities, saying they should give schools like this more funding. The following day, local government closed the kindergarten down.

"The children told me they were really happy at the kindergarten, they liked being there with their friends."

I came upon this story by surprise, but it ended up leaving a big mark on me, and not for a good reason.

It started like this: I was going with the Reuters TV team to cover an economic story in Henan when one day, after lunch, I took a walk around. By chance I found this kindergarten and it looked interesting, so I went in and chatted to the kids and staff, and started taking pictures.

There were 24 little kids there altogether, all aged between two and five. I found out most lived with their grandparents because their own fathers and mothers had gone to big cities like Beijing and Hangzhou to find work. They saw their parents maybe once or twice a year when they came back to the village for holidays.

The kids were really sweet. Their life in the little village was so different from mine in Shanghai, and they looked at me like an alien, asking all sorts of questions: What's a lens? How do you take a picture?

Although the school building was cold, the atmosphere was warm. Everyone was smiling. The children told me they were really happy at the kindergarten, they liked being there with their friends.

It didn't seem to me that they were really poor (their parents had jobs in the big city, after all) but Henan itself is not a particularly rich location, and seeing the children made me think that you don't need lots of money to be content. They were really cute.

This happened on Dec 17. On Dec 18, my pictures were published by lots of Chinese online media and people started talking about them and criticising the authorities. Some started asking things like: Why isn't the government spending more money on kids like these? The school looks really poor, why does the government spend money on other things and not these children?

Then I got a phone call from someone in the village. He said that on Dec. 19 the government had gone in and closed down the school. I talked to a government official, who confirmed that the kindergarten had been shut. I was told that the school was not safe and its licence had been removed.

Now the children have to stay at home with their grandparents. There is no kindergarten. I feel terrible about it, really horrible. 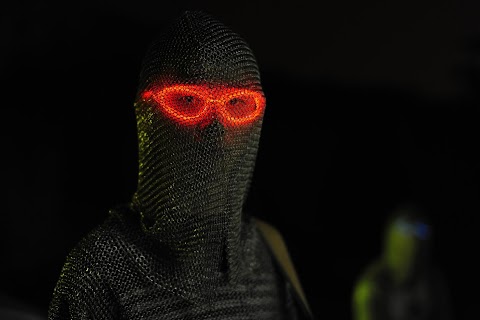 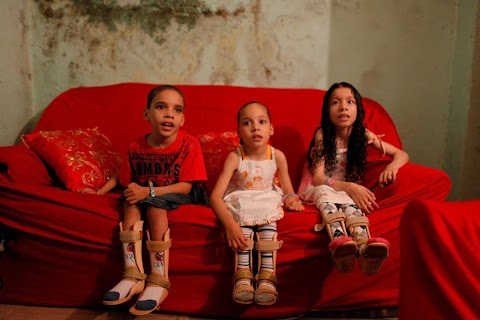