On a small farm on the outskirts of Christchurch in New Zealand, Omar Nabi digs a small hole and sharpens a knife as he prepares to slaughter a sheep as a blessing to his father – a victim of the mass killings at the Al Noor mosque.

Hunched between his father's collection of rusted cars, Nabi softly said a prayer and slit the animal's neck, facing it towards Mecca. He removed the pelt and prepared the meat for cooking. Blood was pooled in a hole where he plans to plant a tree. No part of the animal was wasted, he said.

Nabi first slaughtered a sheep when he was 11, each step supervised by his father. Nabi is now 43.

"My father was my whole life... I give thanks for my father, he's done a lot," he said. His father, Haji Daoud Nabi, had hoped to build a small mosque on the property, a plan his son intends to complete. "This means a lot to me, Dad put a piece of heaven in Christchurch."

Left: Rangi shops for groceries with his son Sam at a supermarket.
Right: Rangi shows his wounds.

Survivor Mark Rangi, 59, feels his future is in limbo following wounds to both legs. The New Zealander, who lives in Sydney, had never been to Al Noor Mosque before the attack.

After visiting relatives in a nearby town, he had attended the mosque before his return flight to Sydney so he could seek spiritual guidance on the direction of his life.

Instead, he ended up running for his life, bleeding heavily from shrapnel wounds in his legs. After surgery, he is able to walk slowly but Rangi is doubtful he can return to work as a baggage handler in Sydney.

"I wouldn’t have a clue (what to do now). I want to be independent," he said from a youth hostel where he is staying, overlooking piles of flowers placed in a makeshift memorial. "I'm very lucky that I didn't get injured worse, so I'm grateful for that." 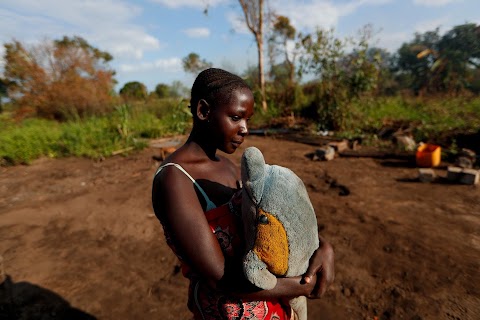 Lives washed away: A mother's loss in Mozambique 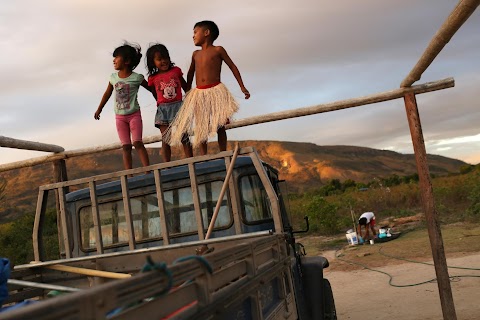