The 1950-53 Korean War left many families stranded on opposite sides of the North-South border. Many were parted forever, some were able to see their relatives again very briefly at a few specially organised family reunions.

The latest reunion was held last month. Photographer Kim Hong-Ji talked to some of those who felt the joy of seeing their families again after over 60 years apart as well as the pain of saying goodbye once more – probably forever.

"He thought the two Koreas would reunify two or three years after their split, but over 70 years went by before he saw the land of his birth again."

Last month North and South Korea allowed a group of families divided by the Korean War to come together for a brief reunion. Separated on either side of the border between North and South, it was the first time they had seen each other in more than six decades.

Those who took part in the reunion knew that they were luckier than many others, who didn’t get to see their loved ones across the border at all. But they still had to go through the pain of parting all over again – more than likely forever – after their brief, tearful meeting.

I wasn’t allowed to cover the families at the scene of the reunion. But the event made me wonder what it was like for those who returned to a normal life in South Korea after emotional gatherings with their long-lost parents, kids, and siblings from the North.

Some of the families who took part even thought their relatives had died in the 1950-53 war until they got their invitation to join the reunion. What did the reunited families talk about? Did they recognise each other with grey hair and wrinkles? What were the last words they said to each other before their goodbyes?

Wanting to know the answers to these questions, I obtained a list of participants in the latest reunions and began calling dozens of them. It was harder than I had imagined to arrange the interviews. I thought at first the families would be happy to talk in front of the camera. But after fulfilling a life-long dream of seeing their relatives in the North again, I found that many of these elderly Koreans appeared exhausted, and their emotions were spent.

Some critics say that the reunion program works too slowly and involves too few families. Many elderly people on both sides die before they can reconnect with loved ones, critics say. North Korea recently rebuffed the South’s offer to hold talks to discuss arranging more reunions between divided families.

Since the first reunion in 1985, over 18,000 North and South Korean family members have met at some 19 reunions. Of the 128,000 people in South Korea who are registered as being from families separated by the Korean War, nearly half of them have already died and over 80 percent of the survivors are over 70 years old, according to the South Korean government.

Eventually, I managed to set up interviews with ten people who returned from the latest reunions. They said the event was heavily controlled, and they were only allowed to spend 11 hours with their relatives over 4 days.

South Koreans were told before the event that there were some questions they must not ask their families from the North, which is technically still at war with the South. The North Koreans all brought the same gifts for their relatives: three bottles of North Korean liquor and a tablecloth, which appeared to have been provided by the government, not by themselves.

On March 4, I met Kim Sun-yeon, an 80-year-old woman who got separated from her older sister and saw her mother killed by artillery shrapnel during the war. At the reunions, Kim was reunited with her North Korean nephew, instead of her sister, who had died late last year.

Kim said if the North had not scrapped planned reunions last September just days before they were due to go ahead, her sister would have been alive and could have come to meet her.

“I have so many things I want to tell her but I can’t anymore,” Kim said with tears.

He thought the two Koreas would reunify two or three years after their split, but over 70 years went by before he saw the land of his birth again. His relatives have all died except for one younger brother in the North.

The Korean Red Cross, the reunions’ organiser, told him not to ask how well his brother’s family was doing in North Korea, Jung said. He regretted that he couldn’t ask how much his parents missed him or how his brother’s life has been.

On March 11, I interviewed Choi Jung-sook, 84, who lives in a city called Namyangju in suburbs of Seoul. She started to talk even before I asked her questions.

“I want to meet my sister again. I want to go again. Or at least I hope I can call her,” Choi told me. I had to choke back my tears to continue with the interview.

Her one hope was now that she knows her sister is alive, she can send her letters.

A wave of tears kept 87-year-old Heo Gyeong-ok from talking during the reunions. “I just touched my sister’s hands and cried so we couldn’t talk that much. I should have brought some notebooks to write down questions I wanted to ask. Now I wish I could buy her a warm jacket and good cosmetics,” Heo told me.

“I wanted to ask, is our old house still left there as it was in our town?” Heo said, when I asked her what she regretted not having said when she saw her family again.

I don’t know when this elderly woman will be able to ask her relatives this question. No one does.

Their reunion was just another reminder that the emotional scars left by hostilities between the two Koreas still hurt. 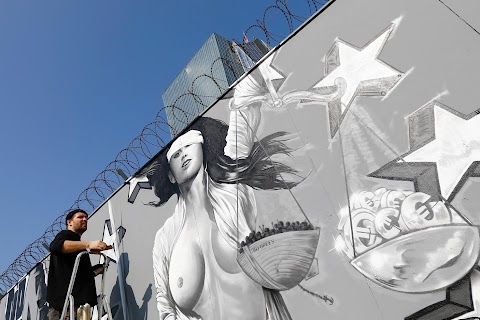 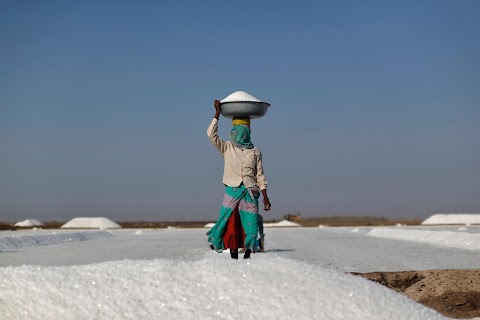