The European Central Bank might seem like an unlikely host for edgy graffiti artists, but it has nevertheless been a successful one.

The bank has allowed street artists to use the fence around the building site for its new headquarters as a public gallery, and has even provided them with funding. The graffiti aces have used the space to create art, often featuring provocative political commentary.

"Bobby insisted that the content of paintings has to be critical. 'It should provoke', he said."

That was the question I asked myself almost two years ago, when I was walking along the embankment of the River Main in Frankfurt and saw the fence around the new European Central Bank (ECB) headquarters construction site.

Huge works of graffiti were scrawled on the wooden boards. It looked quite professional but I wondered if the ECB had agreed to allow these paintings since their content was both critical and politically provocative.

I got the answer to my question from 36-year-old, Frankfurt-based artist Justus Becker, also known as COR, who both paints some of the graffiti and helps curate it.

“This is legal,” he told me with a smile, explaining that the ECB had allowed this to go ahead and even paid for the boards when the art project was first established. Now they are part of a public space, where artists are allowed to share their works of graffiti.

Justus and his friend "Bobby Borderline" let me join them as they worked on a new painting for their latest three-day art project.

As I photographed them, I learnt another lesson very quickly: “We paint, we don’t spray“, Justus told me.

I have to admit that he and Bobby are indeed artists. Justus uses his spray cans with such precision and detail that it is hard to believe. He paints images almost as realistic as photographs, while Bobby paints old-school graffiti characters. Bobby’s curves, outlines and fillers create letters that look three-dimensional.

Justus and Bobby are obviously stars of the scene here. They have known each other for some time but haven’t worked on a project together for a while.

Bobby insisted that the content of paintings has to be critical. “It should provoke“, he said. But they also wanted to go beyond simple, anti-capitalist messages and pack as much political content into their work as possible.

Within a few days, the sketches for their new project were done. Justus was going to spray a woman representing Lady Justice coming out of a circle of stars, like the EU flag. She would hold a scale with one side full of refugees, outweighed by the other side, which would be full of Euro currency symbols. Bobby was to use his character-drawing skills to write the words “NO BORDER” on either side.

The graffiti was self-explanatory, its message obvious. It took Justus and Bobby three days to get it done. They were very lucky with the weather: blue sky and sunshine helped both artists as they painted for eight hours each day.

Hundreds of tourists and Frankfurters passed by and a lot of them asked the question: “Is this legal“? Justus laughed and explained patiently that it was.

Justus coordinates the paintings at the ECB construction site and makes sure various artists get the chance to leave their messages. His colleagues have been very lucky with the spot, which gets more and more international attention, as the pictures are often used to illustrate the Euro crisis with the new ECB headquarters in the background.

Art collectors have spent tens of thousands of euros on graffiti paintings, and even the ECB bought one of the works, said Justus. People can book him for projects and his ECB paintings are something like a business card.

Bobby Borderline told me he considers himself a “hobby-painter“. He laughed as he said that it was an expensive hobby, with each can of paint he uses costing about 3.80 Euros. “I could easily have bought a flat with the money I spent on colours over the past 20 years“, he said.

Bobby likes to be incognito and wore a wig and glasses as I photographed the project. Despite that, his international reputation is great and big international brands have hired him for projects all around the world.

After three days, the artists’ ten-meter-long painting was done. Justus and Bobby seemed very satisfied with their artwork as they bumped fists in front of the painting.

The open-air art project will continue around the construction site until the summer. Then the temporary fence will be dismantled and it is not clear yet if the outdoor gallery will exist in another form.

If the Frankfurt officials are clever, I think they will find a way to conserve the spot. Interest in it is massive and people really enjoy looking at the paintings and discussing their content. 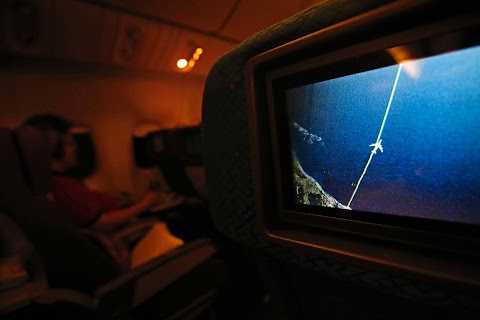 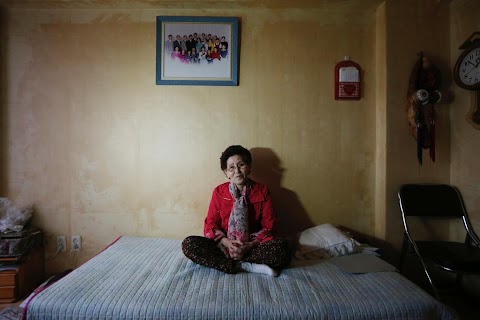