This summer, a delegation of Republican climate activists visited Tangier Island, a speck of grassland in Virginia's Chesapeake Bay, to try to convince its 450 residents to take climate change seriously.

Eskridge told Reuters Trump called him in June after seeing a report about severe erosion problems on the island, telling him not to worry about sea level rise.

"I believe man plays a part in it but not to the extent that others have been talking about - that's what me and Donald Trump were talking about," Eskridge said. 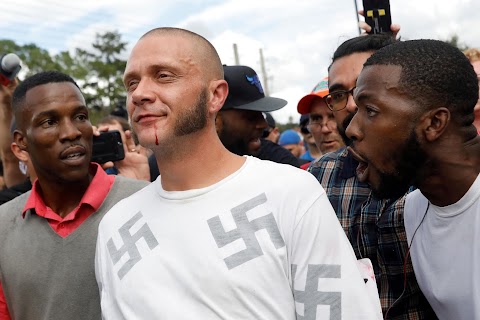 A neo-Nazi in the midst of a protest