Some bodies lay in plain sight on the floor of the forest when Dr Vedo Tuco, a forensic pathologist, entered Srebrenica at the end of the Bosnian war. Others he's still digging for - 20 years later.

"It was so quiet, there wasn't even the sound of the birds," Tuco, 48, said last month as a digger probed for bones in the yard of an empty house. "Once I started, I never stopped."

On July 11, Bosnia marks the 20th anniversary of Europe’s worst mass killing since World War Two - the slaughter of 8,000 Muslim men and boys by Bosnian Serb forces during five July days in 1995.

Before: Forensic experts examine bodies in a mass grave.
After: The site today includes plants and wooden buildings.

Even now, the forests and farmland around Srebrenica are yielding bones: over 1,000 victims are missing, tossed into pits then dug up months later and scattered in smaller graves by Bosnian Serb forces trying to conceal the crime.

As such, Srebrenica remains an open wound, the lack of closure a dark shadow over Bosnia, where many Serbs still dispute what went on.

"I found and buried my husband, but have yet to reach my son."

"If I don't find him, if I don't have his grave ... they deny, they deny so many were killed, they can say tomorrow that I never even had him."

Before: Forensic experts work at the site of a mass grave.
After: Crops grow at the same location today.

For Muslim Bosniaks, Srebrenica has become a symbol of collective suffering. Serbs see it as a stick for the world to beat them with; many dispute the death toll and deny it was genocide, as the U.N. tribunal has ruled.

He and Serbia have enlisted big-power ally Russia to block a British-drafted U.N. Security Council resolution condemning any denial of Srebrenica as genocide.

Insisting the resolution would not pass, Serbian Prime Minister Aleksandar Vucic announced on Tuesday that he would attend the anniversary commemoration.

Before: Forensic workers unearth bodily remains from a mass grave.
After: Grass and trees grow on the site today.

"An entire generation has come of age with the denial of accountability often presented as the only 'truth,' and that is disconcerting," said Dijana Jelaca of St. John's University in New York.

Jelaca said Srebrenica had become a tool by which political leaders on all sides whip up tensions, score political points and divert attention from the political and economic stagnation that has characterised the last decade in Bosnia.

Even so, a landmark court case is scheduled in Serbia this year.

Tuco, who works for the Bosnia-based International Committee for Missing Persons, is due to give testimony at the trial of seven Serbs, who in March were among the first alleged Srebrenica gunmen to be arrested in the country.

Before: Forensic experts search for human remains.
After: A renovated house looks over the same location.

"It was seeing the pain, sorrow, anger and crushed hope in people’s eyes."

The sites of mass executions ranged from theatres to rubbish dumps. Today these locations are neglected, mostly covered in weeds and long grass, shards of glass and trash.

The most difficult site I ever set foot on was a soccer field where dozens of men were killed. They or their children perhaps had their happiest moments on that field, only to have their life taken away at the same place.

Murat Hurtic, a forensic scientist from the Missing Persons Institute of Bosnia and Herzegovina, found almost all of these mass graves around Srebrenica. He guided me to them.

Hurtic dug them out from the beginning. He knows each and every one.

We had trouble getting to most of these sites, having to take muddy and overgrown tracks. Sometimes fallen trees blocked our path so we had to continue on foot.

While talking to survivors of the massacre, I did my best to be very diplomatic. Even though it happened 20 years ago, the wounds are still raw.

Some told me how they managed to survive by running away through woods while being shot at; others saw their loved ones being killed.

Others still were shot at, execution style, but managed to survive. It was very difficult talking to them all, especially mothers who watched helplessly as their sons were taken away from them.

The hardest part wasn’t hearing these stories, because as a photojournalist I am very used to dealing with death and destruction. It was seeing the pain, sorrow, anger and crushed hope in people’s eyes.

The conversation that touched me most was with a woman who found two of her husband’s bones and has been hoping for the past two years to find more.

She feels that her time is now running out and has decided to bury her husband. She still hasn't found her son.

Another story was from a mother who wondered what was worse: 20 years searching for her son or the arrival of the news that his bones had been found.

She was secretly hoping that he was alive in America; whenever someone knocked on her door, she always hoped it was him.

As for my own memories, I don’t recall much because I was a toddler when the war was raging. But my family and I are war refugees.

Our home was destroyed by grenades and for 20 years I have lived in a city that I can’t call my own. We never returned because we didn’t have anything to return to.

But we started a new life in a new city, a chance that many people never had.

What happened during the war in Bosnia? 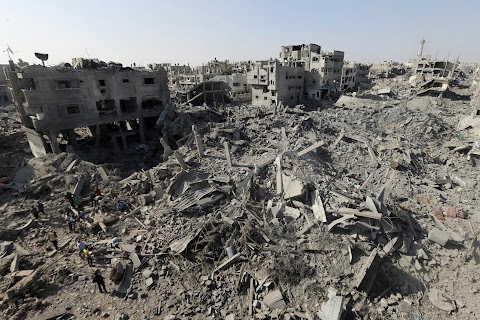 Gaza war, a year on 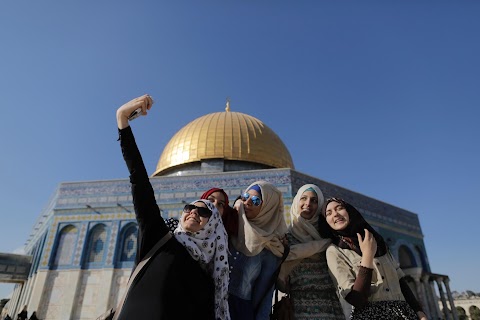 Selfies at Dome of the Rock