Ayse Diskaya is a 48-year-old Turkish housewife, a member of the left-wing cultural organisation Halkevleri, and a committed activist for women's rights.

She is now also part of the protest movement that has seen demonstrators occupy Istanbul's Gezi Park, adjoining the city's famous Taksim Square, in a massive show of defiance against the government.

"For Ayse, family is a very important reason for her protest: she says she has come to Gezi Park and worked with Hakevleri in memory of her mother."

Anti-government protests have gripped Turkey for almost two weeks, and Istanbul’s famous Taksim Square and adjoining Gezi Park have become a centre of the demonstrations, with thousands flocking there to voice their opposition to Prime Minister Tayyip Erdogan and his ruling AK party.

Ayse Diskaya is one of them. She is a 48-year-old housewife, an active member of the left-wing cultural organisation Halkevleri, a woman’s rights activist – and now a Gezi Park protester. Riot police cleared the square early on June 12, but Ayse says she will return to Gezi Park later in the day.

Ayse lives in an apartment building in Okmeydani, a poor neighbourhood of Istanbul, along with her husband and two sons. Until two weeks ago, her daily routine consisted of taking care of the house and working to promote women’s education. Since then it has involved heading down to Gezi Park to protest against the government and helping out with a stand that Halkevleri set up there.

Ayse has taken part in the Gezi Park demonstrations because of her involvement with women’s issues. She is worried about new policies brought in by the Islamist-rooted ruling party, which she thinks will have a negative impact on women. “I’m against the government because their approach to women issues is not modern,” she said.

She is not alone in her concerns: many secularists in Turkey have expressed worry about education reforms, which critics accuse of promoting an Islamic agenda, as well as new abortion laws and legislation to restrict alcohol sales. Prime Minister Tayyip Erdogan denies their accusations of authoritarian behaviour.

Ayse is the daughter of a Kurdish mother and an Alevi father, and her background has had a big impact on her work as a woman’s activist and protester. She says that her mother suffered a great deal from conservative Anatolian culture: she couldn’t go to school, and worked outdoors all her life to help her husband make a living.

Ayse says she herself also left school early, around the age of 15, because her father wanted her to work rather than study. It was only later, as an adult, that she went back and completed her high school courses, and now she is continuing her studies through Turkey’s open university.

Ayse’s devotion to the cause of women’s education drove her join Halkevleri, a cultural organisation that, among other things, arranges courses for women in her local area. Ayse is involved with organising these courses, and also reaches out to women in her neighbourhood, encouraging them to come to the association if they need any help.

Hakevleri has had a stand in Gezi Park, handing out food to those who want it. Ayse herself has cooked and brought in some of this food, and has sometimes also just come to help with the organisation.

Some of Ayse’s family are involved in the protests too. She has frequently come to Gezi Park with her husband, and after her son’s wedding a few days ago, she, her son, and her new daughter-in-law went down to the park and shouted anti-government slogans.

For Ayse, family is a very important reason for her protest: she says she has come to Gezi Park and worked with Hakevleri in memory of her mother.

“My mother and myself suffered a lot from male-dominated culture. We were expected to get married, give birth and work. I don’t want the new generation to face similar problems. That’s why they have to study, get an education,” she said. 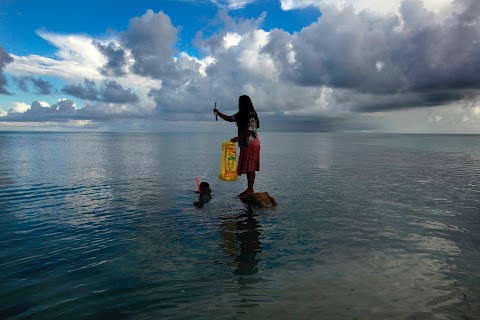 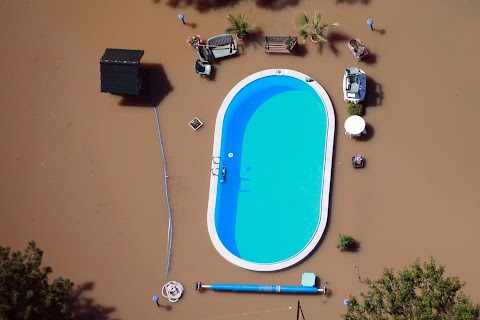