This story was first published in 2013.

A woman named Binata Pinata stands on top of a rock surrounded by the vast expanse of ocean just off Bikeman islet, in the Pacific island nation of Kiribati.

Kiribati's 33 atolls and islands stand just meters above sea level, and with the surrounding ocean rising, the country’s president Anote Tong has predicted it could become uninhabitable in 30-60 years because of inundation and contamination of its freshwater supplies.

"Driving on, it is becoming more apparent to me just how poor Kiribati is"

The first sign you see of the equator-hugging central Pacific island nation of Kiribati is a small patch of green that breaks the seemingly endless monotony of blue that is the Pacific Ocean.

Tropical storm clouds fill the sky, rising so high you feel uncomfortably small. Descending, the tiny atolls that reach just a few meters above sea level at their highest point, and which together make up this small island nation, come into focus. Even from this height, it is obvious that land is an extremely precious commodity out here in the vast ocean.

The immigration check once you are inside the quaint arrival hall is made up of just two small palm-leaf stands marked “Visitors” and “Residents.” The rental car, which should be called a “borrow” car, is waiting for me in the dusty lot out the front, with the key handover no more than an acknowledgment that I am staying at the motel I have named.

Showing some identification, let alone a driver’s license, is not even a thought – just a welcoming smile and a handshake will suffice. I think it best to ask how to find the motel and I am told: “Well, just keep heading down the one road we have on the island, and you won’t miss it.”

Upon arriving, I meet up with David Lambourne, a well-informed local who moved to Kiribati’s capital Tarawa some 18 years ago from Australia, to discuss the problems facing the nation, including the possible catastrophic scenario that one day Kiribati could become uninhabitable under the weight of its own population and an ever-encroaching sea. David tells me this is a real possibility, especially for the small group of atolls that make up South Tarawa.

Tarawa is broken into two sections, north and south. David takes me to the village of Betio, which lies in the south and is already dealing with a population density greater than that of London, England (currently standing at around 5,200 people per square kilometer). Amazingly, population growth forecasts for the area say this could double in less than a decade.

Betio’s small homes are mostly made from bits of corrugated iron and panels of wood nailed together. You get the impression these are shelters for temporary accommodation, but David tells me that they are decades old, and the chance that they will change in the future is highly unlikely.

But this is not the biggest concern for these homeowners. The lack of a sewer system does not lend itself to a clean environment. The area had an outbreak of cholera in the late 1970′s, and some are worried that with present sanitation levels, it could easily happen again. The local freshwater supplies come from shallow “lenses” located just below the surface, with hundreds of wells scattered between the ramshackle huts. But the water from these wells is becoming increasingly contaminated as the result of ground-based pollutants and rising sea levels. This also means that growing any type of food crops has become extremely difficult.

After this trip, I continue driving around the island, and it doesn’t take long before I have to stop again after spotting yet another interesting scene. A group of local women, some seemingly on the edge of the distant horizon, are hunched over digging for something on lagoon flats made up of smelly reef-mud. I venture out just a few meters only to discover a sinking feeling in the mud, but finally reach a woman and her rather nervous dog.

She raises her head for just a second and acknowledges my presence with nothing more than a fleeting smile, then returns to her back-breaking work. It soon becomes apparent her labour requires physical strength beyond most people. Not only does she have to deal with the reflective, searing heat from the muddy reef surface, she also has to dig using only a kitchen knife or fork to find shellfish hidden just below the surface.

I have nothing but respect for this group of determined women, who diligently go about their work hour after hour, occasionally stopping to observe this crazy man with a camera and offer him a smile.

Driving on, it is becoming more apparent to me just how poor Kiribati is, with the dilapidated state of the countless huts that line the pot-hole infested road becoming more obvious as I continue.

I then decide to rent a boat to visit a small islet called Bikeman, which is just a 20-minute ride west of the over-crowded south Tarawa. A family lives here, having decided to build a home, and move permanently to this patch of sand that stands less than 10 centimeters (four inches) above the high-tide mark.

The reason is simple, explains Binata Pinata and her husband Kaibakia: “The islet offers better sleeping, better living as it is less crowded, and an abundance of fresh, healthy fish. The only problem, however, is we must make daily boat trips back to Tarawa for fresh water.”

Scattered all around South Tarawa are World War II relics that have become as much a part of the landscape as the coconut trees and sea walls. Japanese bunkers and large guns still stand testament to the battle that was fought here in 1943 and which cost the lives of more than 1,600 U.S. Marines and countless Japanese soldiers.

The remnants of war again emphasise the precious value of land in this place surrounded by a vast ocean. They are also a reminder that outside factors have long had an impact on Kiribati’s environment and that its people – who contribute the least to these changes – are left to manage the fallout.

At one stage, when talking to a local man, he says with a wry smile that some people are calling Kiribati “the next Atlantis.” But from what I have seen, way before this tiny nation is flooded by the encroaching tides, it may sink under the pressures of its own population. 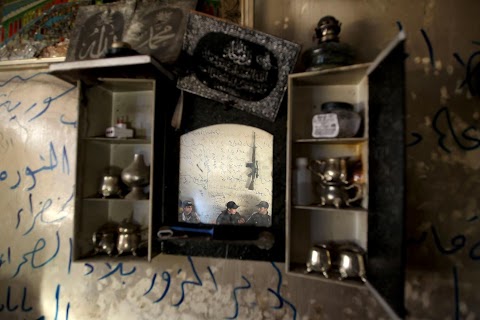 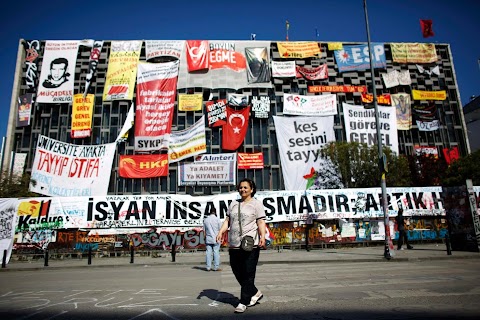